This romantic comedy is only fitfully funny, and too long drawn out to be amusing. 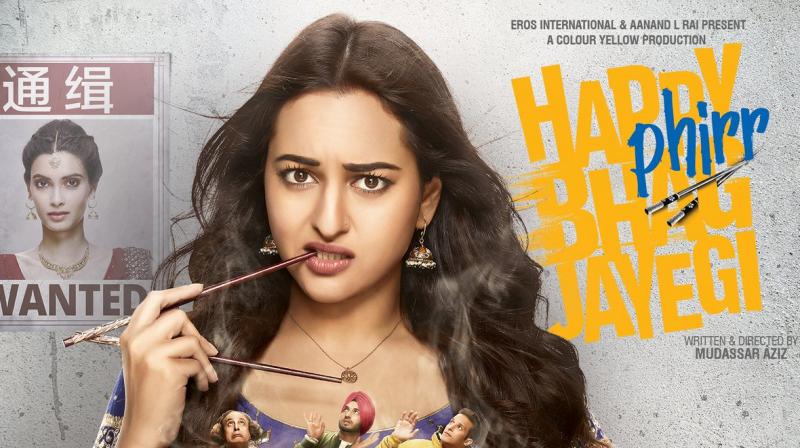 Aanand L Rai produced 'Happy Phirr Bhag Jayegi' is one of those films that probably sounded great as an idea - looked good on paper – and hence they reworked 'Happy Bhag Jayegi' in a similar juvenile plot but with a new star. However, the treatment given to the script is once again so puerile that it becomes just awkward to watch.

Professor Harpreet Kaur aka Happy (Sonakshi Sinha) lands in Shanghai as she gets a job in the University. This Happy gets kidnapped from the airport due to mistaken identity with first films' Happy (Diana Penty), who has also landed in China with her beau Guddu (Ali Fazal). In the course of this botched kidnapping, a comedy of errors ensues as more and more people get dragged in the chaos while Harpreet aka Happy is caught in the crosshairs. 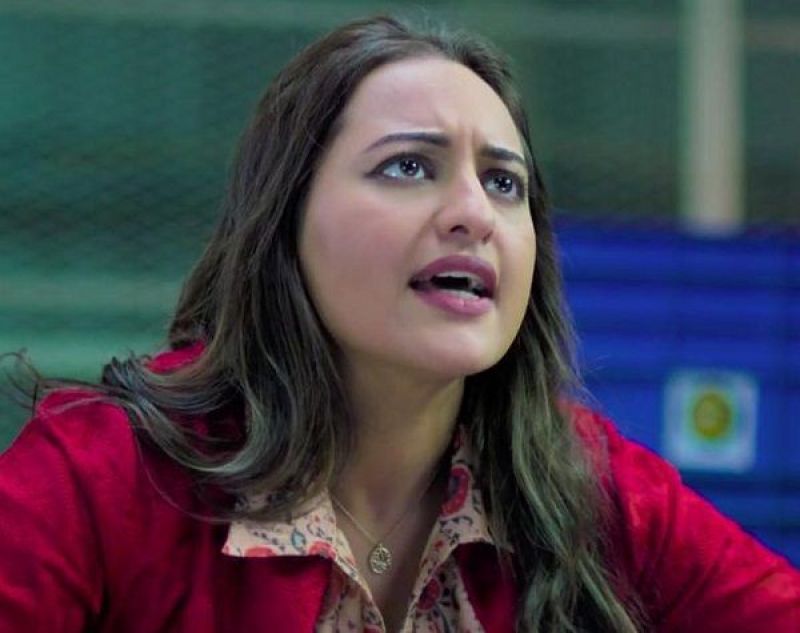 Sonakshi Sinha in a still from the film.

This being a "masala" Hindi movie, there are complications and coincidences aplenty, and they go on and on until one is past caring. This movie has that typical Hindi film setup which is not trying to portray its surroundings real. You know from the first scene that just like its characters every other thing is exaggerated and over the top. Director Mudassar Aziz makes it very clear that it is a movie where anything can happen and the characters will do whatever and if you want to believe, do it on your own risk. The drama is only fitfully funny and too long drawn out to be amusing. Some regular clichés and moments of trite romanticism come in the narrative which just drags the movie for no reason. However, the movie works best as a crazy comedy which does not dare to take itself too seriously, and that is where it entertains.  The film is often silly but that's the trick here because everything works in accordance with the film's mood. This movie is nowhere as good as some of Aanand L Rai's other productions like Kangana Ranaut starrer Tanu Weds Manu series or Shubh Mangal Saavdhan but despite its flaws, it is fairly entertaining and overall a decent watch. 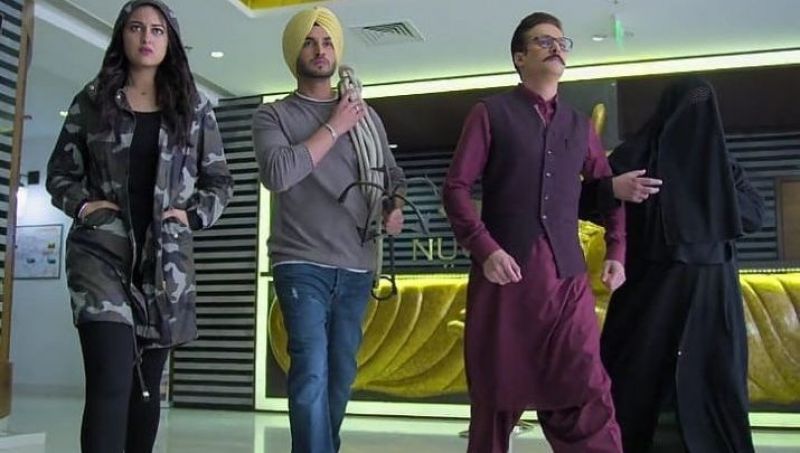 As far as acting is concerned, it is Sonakshi who carries the film on her shoulders and delivers a sincere performance. The role itself is nothing new from previous films' Happy, but Soankshi ably turns her Harpreet into someone who is lovely, feisty and no damsel in distress. Diana Penty's presence is so futile that even makers have credited it as 'guest appearance'. Her character somewhat works within the context of the film, but in terms of acting, she fails to impress. Jimmy Sheirgill and Piyush Mishra’s banter is thoroughly enjoyable. They contribute some much needed silliness to the proceedings. Their constant remarks on India and Pakistan - some sharp, some witty - create some genuinely humorous moments in the drama. Ali Faizal, Denzil Smith, Aparshakti Khurrana and others sincerely play their respective parts but they do not rise above the mediocrity of their roles.

Overall, Happy Phirr Bhag Jayegi has a funny first half but pales and drags in the second. Sure the comedy is over the top and silly but if that is your cup of tea then a moderate entertainment for couple of hours is guaranteed.