The much adored show is finally coming of its own, with multiple character arcs developing wholesomely. 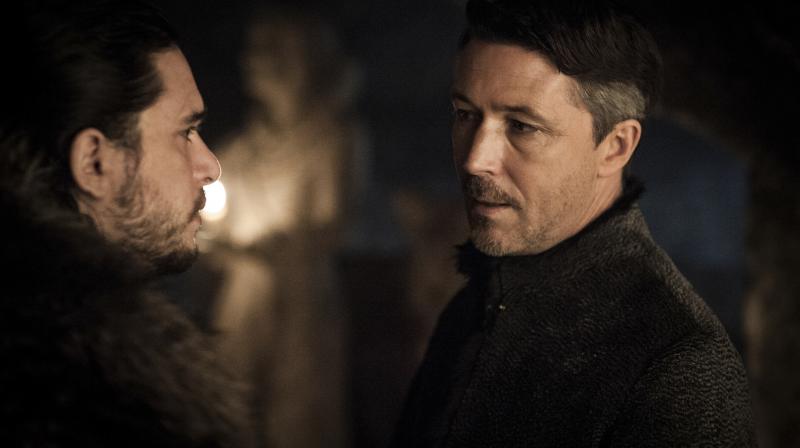 Mumbai: The fiends of the show swear by its unpredictability, its brutality towards its best and most loved characters and the sheer plot architecture it thrives upon. With Stormborn, the second episode from Game of Thrones’ penultimate season, the makers have given its omnipresent fanbase a superlative work to swear by.

The politically and militarily driven episode has multiple trajectories intertwining, ones to be loved and ones to be dreraded, alongside long awaited unions and reunions being teased.

Daenerys Targaryen, the eponymous Stormborn, makes her stance amply clear to her allies, reiterating her authority, while elsewhere in North, Jon Snow finds it equally difficult to establish his.

Samwell Tarly, Jon’s sworn brother, whose character arc has long been accused for being a convenient ex machina, has finally begun to come of his own, helping the much adored Ser Jorah Mormont, this generation’s Severus Snape, overcome his deadly greyscale bout.

Theon Greyjoy might have made himself a new enemy, unwittingly enough, and Tyrion Lannister's past and lineage still haunts him.

However, the episode truly belonged to Arya Stark and her near karmic reunions with past 'allys,' if we may call them that, and the delightfully despicable Euron Greyjoy, the latter rendering one of the coldest murders (yes, no spoilers in here) in the show's recent history, towards the episode's culmination.

The poignancy and the return of the characteristic home runs in the show, this episode has risen above the cocky mess that was the season opener.

The stage is set for the grand fight, the schemers are back in business, the good samaritans have their new found agendas, and nothing's black or white in the big bad world anymore.