It stands out for its values which is the driving force than the only intent to find out about the missing parents. 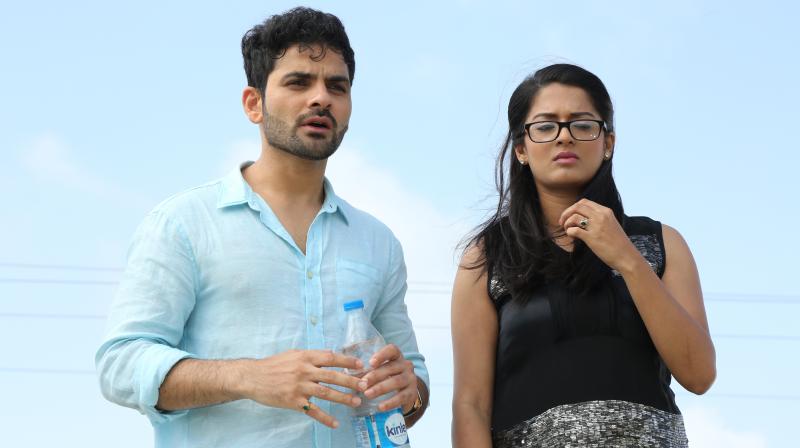 The sole hero of this ‘missing’ venture is the realistic story which it is based on. Years ago, a Swedish national who had come in search of his biological parents from whom he was accidentally separated during his childhood days, is the focal point which Raghuram has emotionally dealt it in cinematic language.

Unlike the regular potboiler, this one gives content its reel value and a meaningful watch which lays emphasis on human values and bonding which seems to be dearly missing in present day context and mostly runs on materialistic life with hardly any space left for real emotions.

The protagonist, Nischay, portrayed by Gurunandan finds out that he is not the biological son of his rich parents but an adopted one. Disturbed by unclear memories of his childhood days just before he was separated from his parents, he sets out on a journey in search of his parents in Karnataka. Will he able to trace them, is the Missing Boy about. Despite being similar to a Hollywood venture, it stands out for its values which is the driving force than the only intent to find out about the missing parents.

With no space for commercial elements, it takes off when Nischay lands in India with a hope to find his parents. Along with him, joins a senior police officer with whose expertise they inch towards their goal, but the road ahead is not so easy and is filled with disappointments.

If it is high on emotion, it is low on few areas including the patchy start and pathetic English subtitles, which is full of errors. If there is ever an award for the worst English subtitles in movies, then 'Missing Boy’ will win it hands down.