Pacific Rim Uprising movie review: As a sequel, it's a major letdown

The first movie was not without its faults, but at least it was watchable. Almost everything falls flat in this sequel. 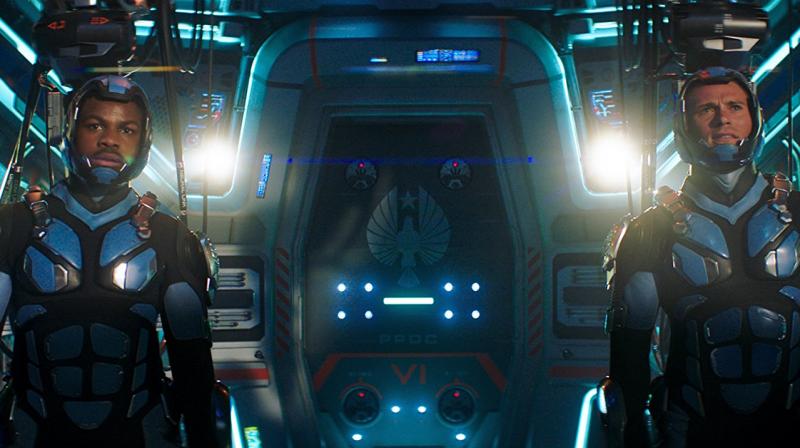 It is plain awkward to see Hollywood blockbusters that think people are too stupid to enjoy a big budget movie if the plot is too clever, or the characters too different of what they are used to. After 5 years of first film (Directed by Oscar winner Guillermo del Toro), the makers got all the time needed to make an awesome sequel instead of a movie fast forgotten once seen.

Ten years after the events in 'Pacific Rim', when Stacker Pentecost (Idris Elba) helped close the breach in the Pacific Ocean, his son Jake (John Boyega) returns to the Pan Pacific Defense Corps to help train a new crop of Jaeger cadets in case the Kaiju (the monster) return. When an unexpected threat arrives and causes mass devastation and chaos, Jake and his team must defeat the threat to protect the world.

A still from 'Pacific Rim: Uprising'.

'Pacific Rim: Uprising' does use a familiar plot threads, and executes it in a sloppy way. The film does have a very basic plot and does not delve too much into character development and leaves some of the threads it opened unresolved. This sequel almost feels like the director was following a checklist, but forgot to watch the first one to see how Del Toro put it all together to make it special. The result is a 'cool' looking giant robots Vs monster fight scene collection that ultimately fails to resonate.

The film is action-filled as expected, but it lacks the character build. The problem is that every character in "Pacific Rim" is so annoying you actually want them to exit the screen as quickly as possible. Add to this the fact that not a single one of the actors seem to give a crap about their stereotypical role in the film. The first movie was not without its faults, but at least it was watchable. This sequel has none of the heart, emotion or intrigue that the first one had.

While this film is plain generic and chaotic mess, the finale opens the door open for a third film that looks like it would extend the franchise by taking things in a new and exciting direction. But not if this one doesn't bring enough cash, I guess.