Hichki movie review: Tale of an underdog made well

This story of acceptance in the world of intolerance is a decent watch, but don't expect an extraordinary plot. 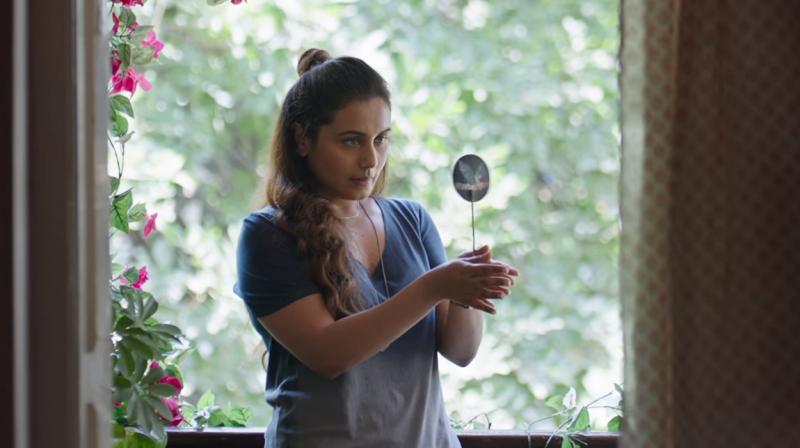 Rani Mukerji in a still from 'Hichki.'
Rating:

With a predictable screenplay of the film, director Siddharth P Malhotra still manages to narrate an emotional story of a woman who aspires to become a school teacher and is suffering from Tourette syndrome.

Abandoned by the society since her childhood due to the unusual syndrome, Naina Mathur (Rani Mukerji), a middle class girl and daughter of separated parents Supriya and Sachin Pilgaonkar, strives too hard to get a teaching job. Considering her inhibitions, she faces rejection from everyone until she gets a job at St. Notkers High School.

Little did Naina know about the consequences as she meets her brash and untidy bunch of students from a nearby slum. Thereon starts an interesting journey of good vs evil.

Director Siddharth P Malhotra, who earlier directed We Are Family under Dharma productions, was high on emotions and his second feature Hichki is no less too. The film highlights the education system along with life's anatomy, though he fails to surprise in the plot, especially with the tonality of the screenplay.

The first half deals with the misery of an underdog and the second half conveniently showcases the winning which is meant to be from the first frame. However, there are several touching moments in the film scattered all over. They make you cry, smile and understand how beautiful life is when one overcomes their own fears.

Rani Mukerji is a show-stealer. She emerges as a true winner in every frame. Hats off to her that she could pull off Naina Mathur effortlessly. If there was any other actress, it would be difficult for her to pull this kind of role amidst a predictable plot. Rani comes with a relatability factor.

Neeraj Kabi shines bright in his grey shade role.  Real-life couple Supriya and Sachin Pilgaonkar act in their best capacity. The bunch of students are too good!

Hichki, a story of acceptance in the world of intolerance is a decent watch! It's a Rani's show all over but don't expect an extraordinary plot.