Luv Ranjan, known for misogyny plots in 'Pyaar Ka Punchnama' series, has a similar story but this time with a twist. 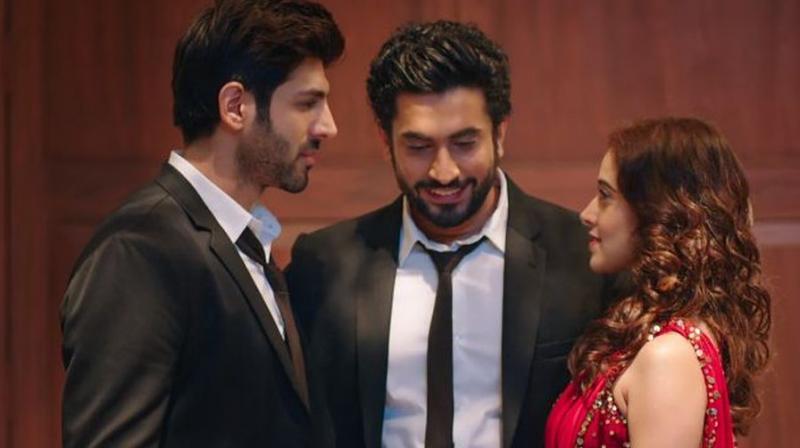 After Pyaar Ka Punchnama 1 and 2, Luv Ranjan is back with yet another laugh riot set in Delhi and Meerut. With his misogyny plots in the previous films, this one also has a similar plot but this time with a twist. His obsession of making films in his comfort zone churns out the best in him. Peppy music, hilarious dialogues, Luv never disappoints his target audiences.

Sonu (Kartik Aaryan) and Titu (Sunny Singh) are childhood friends, former being the commanding force in the friendship. Majorly hit by his recent break-up, Titu meets Sweety (Nushrat Bharucha) and decides to marry her instantly. But Sonu feels something fishy, and he starts investigating against Sweety! Hereon begins the cold war between Sonu and Sweety; who wins is what Luv has to offer in this rom-com film.

The best part about director Luv Ranjan is that he sketches his characters very real and contemporary. Friends and love in modern day being the core premise, his film SKTKS is refreshing, entertaining and interesting too. Since the time conflict enters in the film, it is thrilling enough till the climax. The twists in the plot are funny but hard-hitting too at the same time. Luv doesn't show his women in good light, however, he definitely ends up making a clean family drama each time.

SKTKS has good music, good-looking stars, funny plot and mass appeal, enough to make any film a hit at the BO. The film also highlights one-of-its-own kind of a relationship of a friend and would-be wife.

The only problem with the film is its similar essence of Luv Ranjan's previous films. Maybe the reason could be the same actors acting in them too, but it is a lot easier to overlook this in SKTKS. But again, enough of women bashing which has been Luv's hit formula of money-minting.

It's a Kartik Aaryan show all over. From his trademark monologues to his dance moves, he is just too good on screen. Perhaps its his best performance till date since there is a lot of scope for him to emote in this one. He is a clever actor as his passion for acting is alive all through. Sunny Singh has evolved a lot since AkashVani and PKP 2. Since he hasn't worked with any other director except Luv Ranjan, judging him for his craft won't be good but unarguably he has some potential. Nushrat Bharucha looks sexy and will surprise you with her vampish role. The trio makes a great team on screen. Alok Nath is funny and others too are noticeable.

It could be easily be called as the third instalment of Punchnama series, but bromance brewing in it makes it a good watch this weekend. And if you are expecting something extraordinary then you may give it a miss, but might regret later!