While the ensemble of talented stars is impressive and looks dynamic, it overall lacks the fun energy like the previous films. 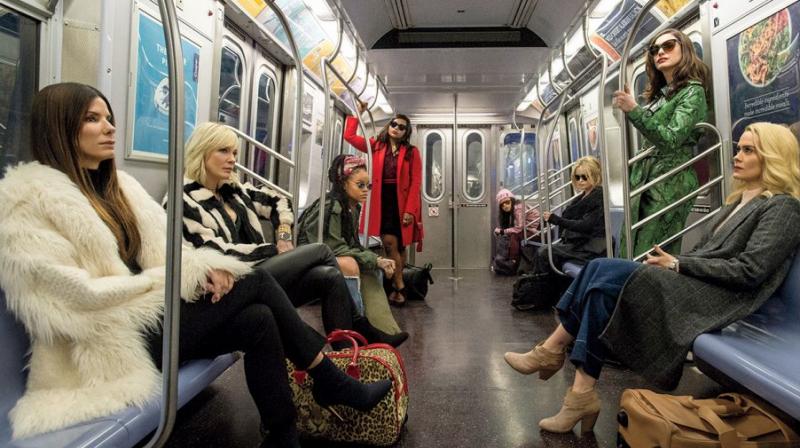 'Ocean's Eight' is part of the Oceans' Eleven universe. In the original George Clooney-starring trilogy, the few female characters were supporting actors, but this one flips the script with all-women star-cast. Well, regardless of the concept, the sheer idea of watching a group of impeccably styled people flawlessly pulling off crazy 'mission' makes for delicious entertainment. Sandra Bullock and Cate Blanchett starrer 'Ocean's Eight' is the latest film of its kind and with the weight of the previous trilogy on its shoulders, there was a high bar to meet. This film boasts some of the incredibly charismatic women in the lead, but ultimately it's nothing but an average attempt at popcorn entertainment. 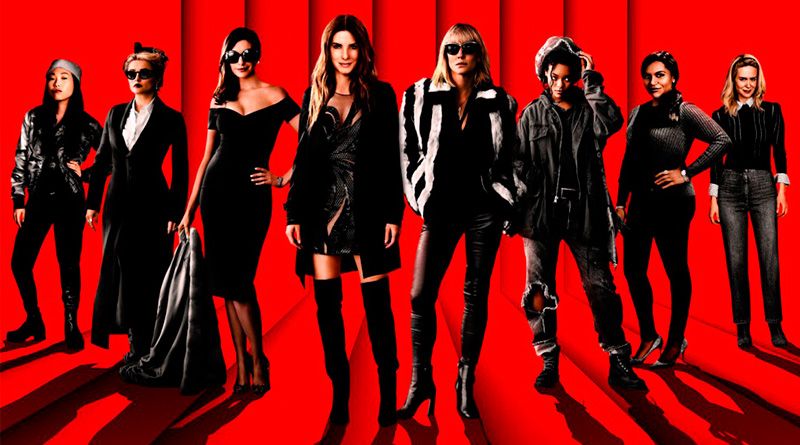 ‘Ocean's Eight’ is a sad attempt to showcase the girls can do crime capers as good as the guys can, and while that is true it's a shame that such talented cast is bogged down by a trite script and clichéd execution. The story and direction from Gary Ross is fast paced (though obviously no Steven Soderbergh) but also quite superficial. It does not have the fun energy like the previous films.

The big con game seems too easy a job for the Ocean gang to realise their goal. Also, the way the leader of a heist turns out the plan so effortlessly, there remains no scope for real tension-building in the film. And to top that there's nothing really new here. it's one of those movies where you have to play real close attention as not to miss anything, but then when you do, you realise how hackneyed the plot is. 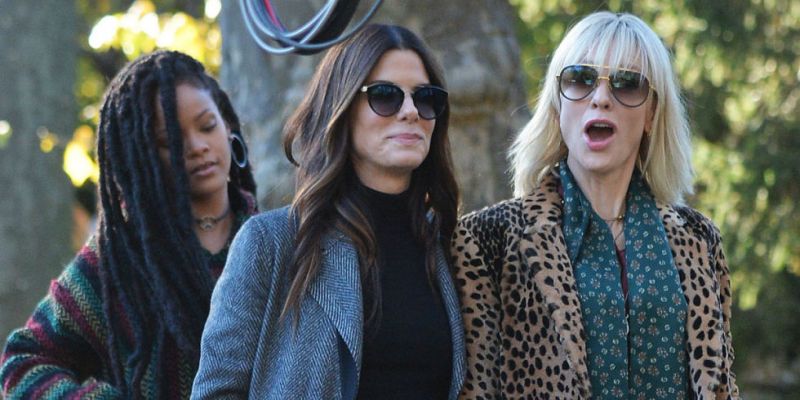 The glamorous star-cast is actually the saving grace of the film. Most of the cast are pretty good, especially Sandra Bullock, Cate Blanchett and Anne Hathaway. Getting to watch them with all the other talented actresses in this caper is the main draw. But somehow you never get the sense of fun and camaraderie that was with the other Ocean's crews, thanks to the uninspired script. The film feels like a random assortment of actresses you'll probably recognise, none of whom have any established chemistry. This isn't because they're women, it's because they're just a random collection. Barring few, none of the characters get any standout moment to really shine through. Fortunately, they all have just enough chemistry to make the film work, but then it never go above and beyond like the original.

This film comes short in delivering the thrills as the previous “Ocean" movies have. Except the very charming star-cast, sadly, there’s nothing noteworthy here that could hold your attention. But since the studio is already in the mood to make this a full-blown franchise (by starting at 8, we already have the next 2 films titled), they might have to do a lot more than simply coasting on the charms of its stars next time.