We're presented with characters and their genuine emotions, as the movie goes through a roller-coaster of heartfelt emotions. 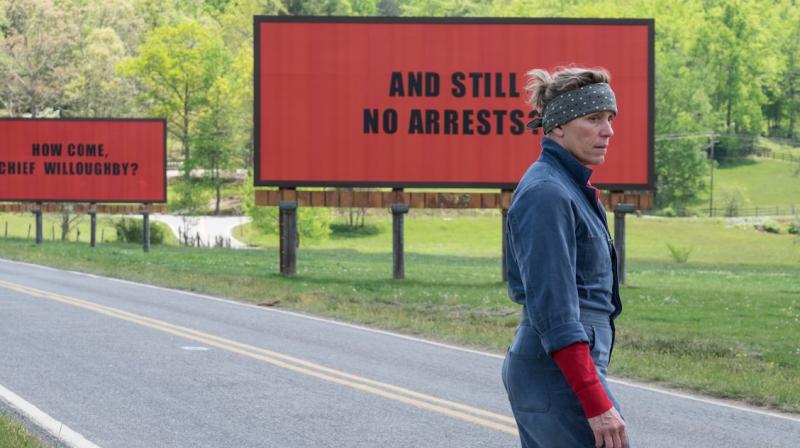 When you think about great cinema, you often imagine some grandiose epic setting on which all that greatness builds upon. But a great story isn't necessarily grand on the outside and that is exactly what director Martin McDonagh’s 'Three Billboards outside Ebbing, Missouri' accomplishes. The film is rather a simple story with dark, intense and complex emotions driven by its solid lead performance by Frances McDormand.

It tells a story of Mildred (Frances McDormand) who lost her daughter in a horrific crime. Months have passed, and the local law enforcement is ready to write the case off as being unsolvable because they have no leads. Mildred decides to push the issue and rent three billboards so as to remind the police that this isn't just going away. However, it sets a series of events that turns the citizens and the cops against her. 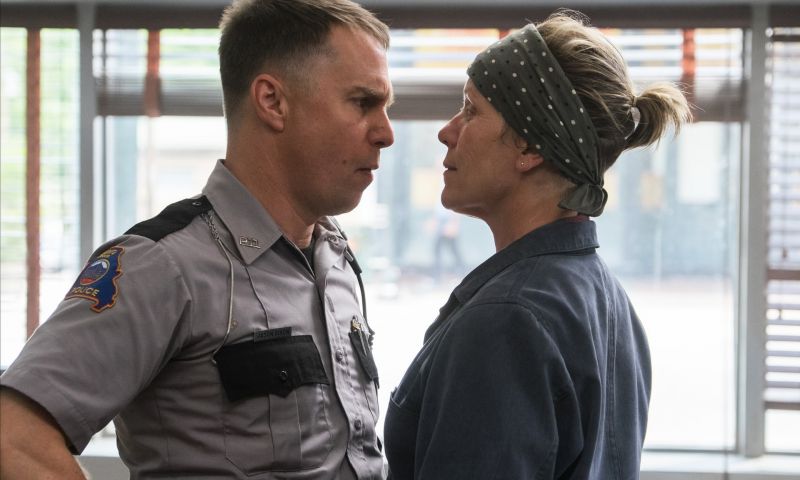 Sam Rockwell and Frances McDormand in the still from 'Three Billboards Outside Ebbing, Missouri'.

One of the vital elements to this drama are the strong performances; particularly by Sam Rockwell and Frances McDormand. The characters are the driving force of the movie, and they are fantastic. Thanks to the wonderful acting by its ensemble cast, you really get a good idea of who everyone is and what they mean to each other. McDormand's Mildred is a tough woman with a broken heart who takes out her anger on trivial things, giving us humour through all the pain clearly shown on her face. The one-liners are amazing, and Mildred's speech to the priest who comes by to ask her to remove the billboards is hilarious. It's a beautiful, multilayered performance. If you need one reason to see this movie, see it for McDormand. Sam Rockwell brings his charm and sincerity to what could be a rather unlikable character. Woody Harrelson's performance is touching, too - we're prepared to dislike him but his sincerity and humanity come through. Peter Dinklage is good in his brief appearance. His small role is a smart reference to not so pretty world where the "happily ever after" way doesn't quite exist. 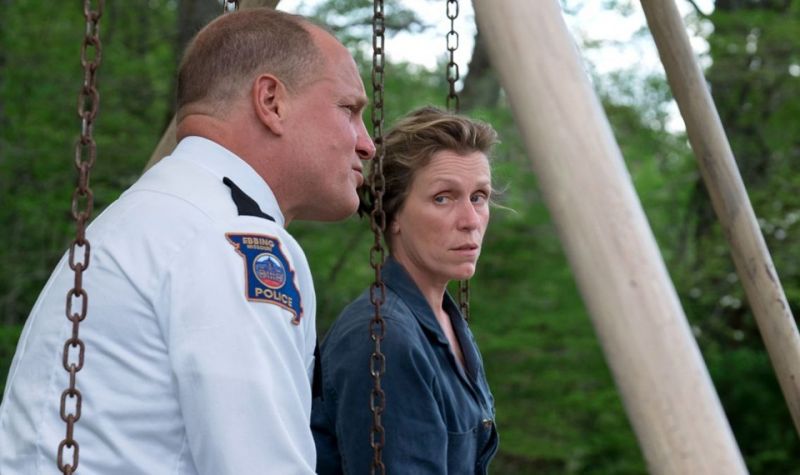 Frances McDormand and Woody Harrelson in a still from the film.

The drama begins as a narrow and focused one, but gradually escalates to a film with big themes and ideas, along with stimulating subplots to the main narrative. It is packed with harrowing questions and a few answers about anger, revenge, kindness and forgiveness. We're presented with characters and their genuine emotions, as the movie goes through a roller-coaster of heartfelt emotions. Nothing feels sugar-coated and at the same time it never lacks emotional impact either. Writer and director Martin McDonagh balances the mixture of dark and comedic tones to perfection. His screenplay is another great feature of this film. There is not a scene that feels out of place and none of the characters are one-dimensional. They all reveal surprising parts of their personalities as the story moves forward and that result into a compelling drama.

All in all 'Three Billboards Outside Ebbing, Missouri' is a wonderfully written film that doesn't serve up its characters in an easy fashion. The ending, in particular, is one of those open-ended ones that might leave you some with a sour taste. But it keeps you thinking about the characters, especially Mildred, long after the credits roll and that makes this nuanced drama credible enough.