The story will stay with you once you walk out of the cinema hall. 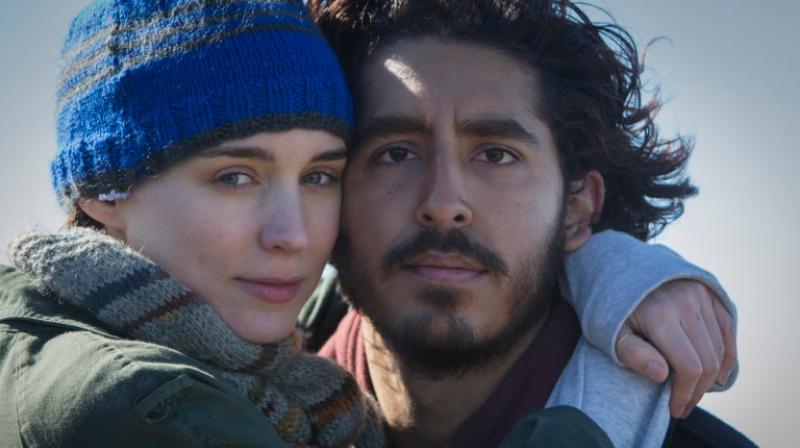 Still from the film.
Rating:

Separated from his family at a very young age, now a grown-up Saroo (Dev Patel) tries to trace back his Indian roots as he sets out on an unconventional journey. Yes, Lion is that simple a story but it’s the depiction, the portrayal of the young boy’s struggle and an adult man’s chaotic, impatient mind to find his home that makes the film so different from any other ‘lost and found’ saga.

Garth Davis sketched the film and presented it to the audience in such a creative way that it doesn’t only keep the viewers transfixed for two long hours but also has them silently praying for the lost young boy; hoping for the boy’s story to not turn into a miserable series of unfortunate events. As the silver screen goes black and the murmurs in the hall turn into a pin drop silence, an adorable face appears in front of us. Saroo (Sunny Pawar) is a lively child who loves his brother, sister and mother, unconditionally. Always tagging along with his elder brother Guddu, Saroo tries hard to walk step-by-step with his brother as they look for odd jobs and means to put food on the table, in order to help their single mother. In the beginning, the film beautifully sails through as it depicts Saroo’s everyday normal routine and life. The tear-jerking moment arrives when Saroo’s obstinate determination to accompany his brother on a night-long odd job lands him in an empty passenger train which takes him 1600 kilometres away from home in a strange city, Calcutta.

Alone, hungry, terrified and completely unaware of his surroundings, Saroo searches for his brother in the crowd at Howrah station. After nearly escaping human traffickers twice, Saroo lands up in an orphanage where he is adopted by an Australian family called Brierley.

So far, Saroo’s journey didn’t only have the audience going back and forth in their seats but also had them shaking their heads in shock as the young boy struggled to find safety. But after Saroo finds hope and a family in the Brierleys, (Nicole Kidman and David Wenham), the film takes a smooth turn. However, the story of a lost clueless boy continues. Fast-forward to 20 years, Saroo (Dev Patel) is at one of his classmates’ house party in Melbourne when he suddenly has a nostalgic moment as he recollects a crucial memory from his childhood, which was tugged away in a dark corner of his subconscious mind.

While Saroo is still overcoming his deja-vu, his restless mind tries to place the missing pieces from his childhood by using Google Earth as he searches for his abandoned home. As Saroo gets intensely wrapped up in his quest, he starts to lose his connection with Lucy, (Rooney Mara), his girlfriend, and his parents. Constantly beating himself up with thoughts of being blessed with a privileged life while his birth mother, brother and sister and whiling every day away in remorse for having lost him, Saroo isolates himself from the world, but his search never ends.

Just when he starts to lose faith and the will to keep going on, he pays his sick mother a visit, where she reveals that she was never infertile but instead chose to adopt him and his brother Mantost for she and her husband believed that there were already too many people on Earth who deserved to have a shot at life. Overwhelmed by this new revelation, mentally exhausted Saroo ends his quest but just when he is about to give it all up, his attention randomly falls on a junction of roads that had been a constant in his trail of memories from childhood. After 25 long years, the journey of a lost boy ends as Saroo finally finds his home reuniting with his family.

Throughout the film, there was not a single incident that made the audience yawn or cringe but instead successfully kept everyone’s eyes glued on the silver screen as they followed Saroo’s journey. Apart from an inspiring true story, the film’s modest yet captivating cinematography by Greig Fraser is a visual delight. While Dev, Nicole, Rooney and David leave no stone unturned with their performances, it is Sunny Pawar who effortlessly steals the show. Even if for a brief moment, Tannishta Chatterjee and Nawazuddin Siddiqui are able to stand out in the film. Apart from its melancholic aura, the film also has a few rejuvenating elements such the over-lapping scene of ‘Urvashi’ song that’ll leave a sweet smile lingering on your face. Kudos to Garth Davis for telling a story in such a soul-stirring way, that he helped the audience easily form an empathetic connection with Saroo.

Keeping a few glitches aside, it’s not unfair to say that Lion, which is based on ‘A Long Way Home’ by Saroo Brierley, is a story that will stay with you once you walk out of the cinema hall. It will evoke turmoil within the boundaries of your restricted mind, making you ponder upon the ‘what ifs’ and ‘what nots’ of Sheru (Saroo), the Lion.