Dhruva is good in action sequences but needs to hone his acting skills. 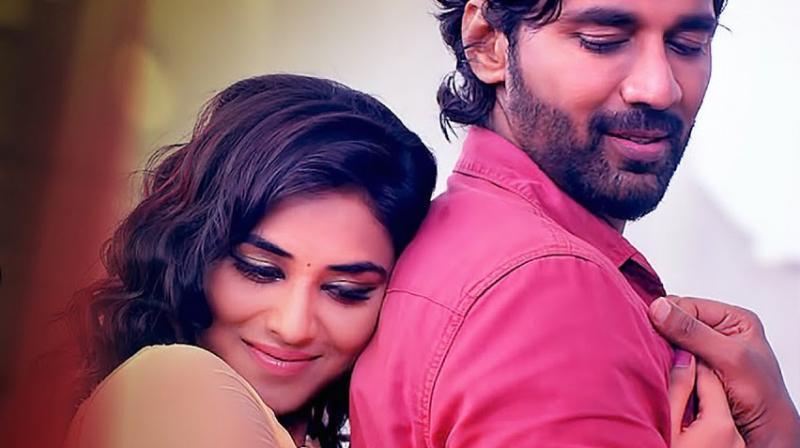 Sathya (Dhruva) and his uncle (Shiva Shah Ra) are petty thieves and the former is a perpetual but harmless liar. The film begins when the duo kidnaps Sherin (Indhuja) late at night while she is driving her car. Later, they realize she was the wrong girl and is tagged with a bigger problem. The next day morning, it was revealed that Sherin’s dad Lawrence (Nagaraj Kannan) is murdered, which leaves his wife Banu (Janaki Suresh) mentally instable.

Meanwhile, Sherin is wanted by Michael (Aditya Shivpink), an intimidating gangster who runs a drug mafia. And slowly, Sathya falls for Sherin. Who killed Lawrence? Why did Sherin insist that she wanted her car back? Why is Michael after Sherin?

Dhruva is good in action sequences but needs to hone his acting skills. Indhuja, who has taken a glam avatar, lacks the punch. Shah Ra gets a meaty role and manages to evoke laughter occasionally, with some of his jokes being repetitive. Aditya hams and is not menacing. The first half moves slowly and post-interval it picks up momentum. The comic book narrative is innovative. Despite having a potential plot with decent twists too for an entertaining black comedy, a lack of execution hurts the proceedings. The screenplay is also incoherent.

Visuals by Thalapathy Rathinam and Sundar Ram Krishnan capture some of the unseen locales of Chennai.