Oththa Seruppu Size 7 review: A brilliant attempt, not to be missed

‘One Man Army’ is a term, which would aptly fit filmmaker/actor Radhakrishnan Parthiban. 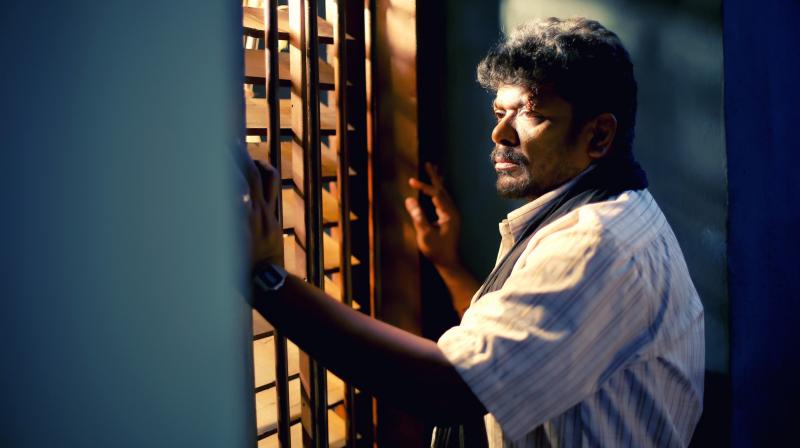 ‘One Man Army’ is a term, which would aptly fit filmmaker/actor Radhakrishnan Parthiban. His latest daring and bold attempt Oththa Seruppu Size 7, a murder mystery, which stars himself as the only one character throughout the entire proceedings of 100 minutes, besides writing, directing and bankrolling the film, is a proof that justifies the above-mentioned term. And hats off to him in pulling off this mammoth task effortlessly and brilliantly, without getting into commercial traps or compromising. The film has already made to Asia Book Of Records.

The story revolves around Masilamani (Parthiban), a murder suspect who is being interrogated by a deputy Commissioner and an inspector at a police station. He looks tired and there’s a scar on his face and he wouldn’t initially speak up although the cops are in a hurry to hush up the case. He also behaves irrationally. He has a son suffering from a rare disease who is sitting outside the station. But once he starts talking, it is never ending.

A psychologist is brought to give him counseling. Maasi starts narrating his past and what led to him committing the murder. The conversation leads to startling revelations of Maasi’s involvement in more murders, which baffle the cops.

In the process of narration, you hear several voices like Maasi’s wife Usha, DC, Inspector Saamy, the psychologist, constable Rosy, birds and a cat, a minister etc. etc., but you don’t see them on screen. It is through Parthiban’s body language and expressions that the story is taken forward. Despite the fact that the narrative is from one single source - Masilamani – and happening in a single location (room), we could still feel the twists and turns as if we are watching them at the actual crime scene. That’s where the signature style of the director is established. There’s no dearth of quick wit, for which Parthiban is known.

The script has several layers and there’s every possibility of you missing the thread if you are not attentive. The climax twist is also gratifying. Sathya’s BGM is the biggest asset. Santhosh Narayanan has composed one soundtrack.

Topnotch technicians like Resul Pookutty in sound designing and Ramji behind the camera superbly aid Parthiban to make OSS7 a spectacular feat.