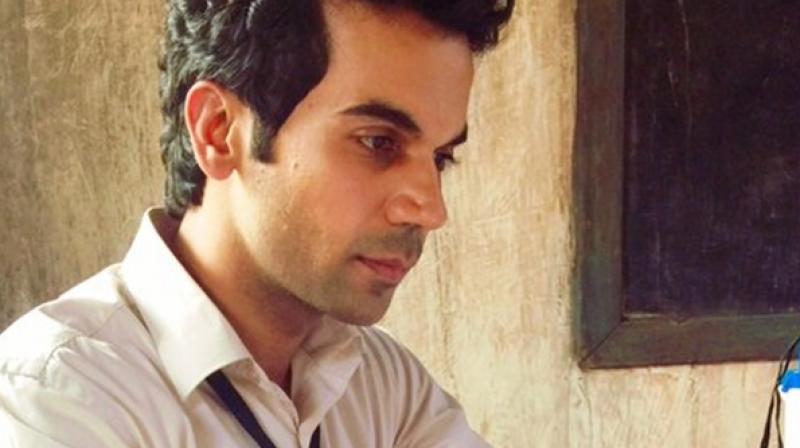 In the times, where Bollywood is making its effort towards social awakening, director Amit Masurkar brings you all a story of honesty and corruption. Newton is a decent satire on the dance of democracy in India especially in the naxal affected areas of Chattisgarh but its purpose seems to get lost towards the end of it.

Nutan Kumar aka Newton (Rajkummar Rao) is a middle class government clerk from Chattisgarh who is assigned to conduct a fair election in the Maoist hit region as a presiding officer by a commanding officer Sanjai Mishra. Loknath (Raghuvir Yadav), a government officer and Malko (Anjali Patil), a local teacher join Newton to help him. They meet an egoistic para-military commander Aatma Singh (Pankaj Tripathi) who accompanies on the way to guard them.

As soon as Newton and his team reach the allotted polling booth, he hits the brim of surprises. With a population of merely 76 villagers in the region, Newton tries to convince them to vote for their preferred politician but amidst all this Aatma Singh forbids them from voting. Will Newton be able to get their votes is what the film is all about.

Director Amit Masurkar definitely tells a brave story with a big heart but loses out on its grip every now and then. Set in the Maoist region of Chattisgarh, Newton is more of a personal rivalry between a presiding officer and a para-militant than an actual revelation of a dysfunctional voting system. Newton is an average attempt in the genre of political satires in the last couple of years but it could have been a much better portrayal of the bloodied Maoist area. It is not necessary to show naxalites or an attack on the on-going voting but the journey of Newton looks like a preachy tale of a cynically honest officer. Completing the voting at gunpoint looked very silly in the climax. However, the film also raises important questions on the importance of the electoral system in a humorous manner.

Producer Aanand L Rai has surely got an eye to invest in content driven films and Newton is one of them but the film ridiculously lacks commercial viability. Newton is for a certain set of audiences who actually are disinterested in watching a commercial political satire like Toilet Ek Prem Katha. The film is shot well in the wide jungles of Chattisgarh.

The man who played a helpless person trapped in a lonely flat in Trapped early this year, Rajkummar Rao, gives a performance worth a standing ovation yet again in this one. Undoubtedly, this too ranks as one of his best performances among others like Shahid, Queen and Citylights. He portrays the correct amount of earnest eagerness to get the votes in the naxal prone region. Pankaj Tripathi looks good in the role of a militant and does justice while showing off his grumpy face. Raghuvir Yadav adds comic tinge to a serious narrative. Anjali Patil looks apt in the role of a local. Her state of aloofness towards the naxal threats resonates with us. Sanjay Mishra passes off in a blink of an eye in literally just two major scenes with Rajkummar Rao.

You might leave the theatres enlightened but the only thing you’ll take away home is Rajkummar Rao’s finesse.