It's a train wreck of a film that fails in almost every aspect except in making the audience unintentionally die from laughter. 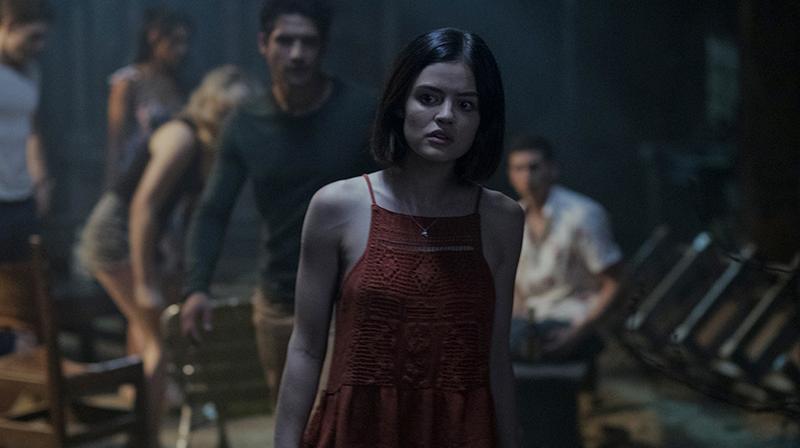 Lucy Hale and others in the still from 'Truth or Dare'.
Rating:

Hollywood’s beloved slasher thriller series ‘Final Destination’ brought novelty in the genre with its fairly smart execution. With deliciously twisted death sequences and gore, those films set a benchmark in horror genre. Director Jeff Wadlow’s ‘Truth or Dare’ is a film that plays on the same ground, but with thrills and suspense thrown in disproportionate manner. Wadlow co-wrote the script with three more writers (!!!) to turn a horror drama into unintentional comedy.

A group of six friends go to Mexico during their spring break and encounter a guy who wants to play an odd game of 'truth or dare'. Thinking it's all a joke, they return home to find out that the sinister game has followed them home. The 'possessed' game continues them which put their lives in serious danger. 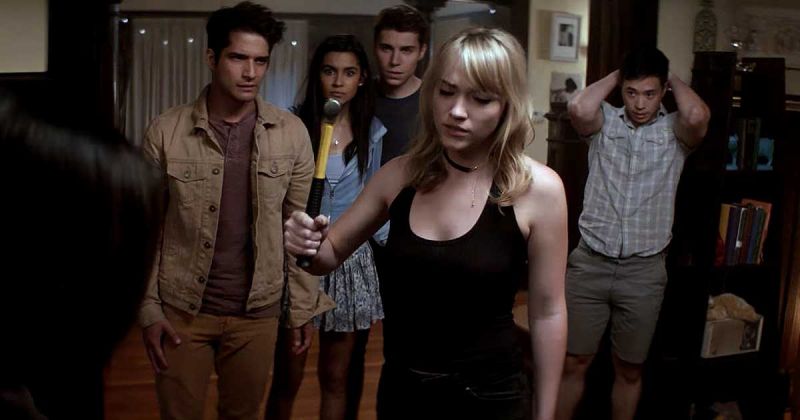 A still from 'Truth or Dare'.

The premise here is actually pretty interesting, but also the only positive thing about the film. Director Jeff Wadlow shows very little imagination and the screenplay he co-wrote with Jillian Jacobs, Michael Reisz and Christopher Roach doesn't even have one scene of say a funeral for one of these 'close friends' once they're killed off. The tamed nature of the film robs the experience of a lot of punch it could've had. Some interesting gore effects could have partly saved the monotony of many of the death scenes. For instance, a character slits the throat and in the following shot, we barely see any mark on body's neck. Such blatant editing takes away the fun of watching a film like this.

This movie could have been executed into a somewhat decent watch if it had competent people working on it. ‘Truth or Dare’ is a train wreck of a film that fails in almost every aspect except in making the audience unintentionally die from laughter! This film is a baffling case of filmmaking gone horribly wrong.

Due to poor writing, the characters are devoid of any substance or personality which ultimately means you feel disconnected with them. Despite the sloppy narrative, it’s lead actor Lucy Hale's good acting that kind of carries the film. She stands out in the entire cast, especially in one particular meltdown scene with her best friend. The rest of the cast is just average.

To sum it up all, 'Truth or Dare' is a lousy horror film that often culminates into you trying your hardest to not bust out into laughter. Want to dare?