'Nanu Ki Jaanu' is simply a misconceived film which holds no fun, surprises and entertainment. 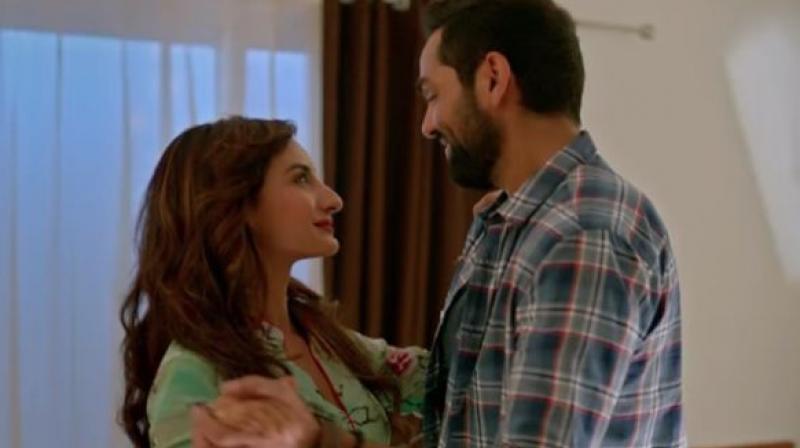 Nanu (Abhay Deol), a self proclaimed local goon in Noida incidentally bumps into the injured Siddhi (Patralekhaa) and tries to save her but all in vain. Siddhi dies and Nanu’s life changes upside down when Siddhi’s ghost falls in love with him. What will be the outcome of their love story forms rest of the plot.

Faraz Haider surely puts an effort to bring a quirky story to life but falls miserably. The film is not only shot badly but also surpasses the level of bad films being made in Bollywood. Although, this film slightly raises the bar of no-brainers but it is clearly the worst amongst all. The comical punches are a yawn fest and the unnecessary characters throughout the film makes it worst.

Written by utterly talented Manu Rishi fails to do justice and the pace is unbearable especially in the second half. Wonder, the film has been promoted as a love story of a ghost but where is it? The screenplay is clumsy and scattered. The background score is pretentiously funny but it is cringe-worthy. In totality, the canvas of the film looks gaudy and tacky

The romantic song of Nanu and Siddhi is the saviour, rest of the songs are just passable. Though, the concept is fresh but is executed in the most unpleasant manner.

Known for choosing unconventional films, Abhay Deol makes an exception by doing the role of an emotional guy who falls in love with the ghost. Looks like something is terribly wrong with him. His choices of films are deteriorating but he is good in the film but presented in a bad way. His styling and costumes aren’t up to the mark either. Manu Rishi is forcefully placed with some awful comic punches which doesn’t tickle your funny at all. Patralekhaa, who is fairly good performer has nothing much to do in the film as a ghost because sadly the director didn’t focus on her at all. The love story completely vanishes somewhere. Chirag Sethi wasn’t required in the film, he just increases the length of the movie for no reason. Himani Shivpuri and Rajesh Sharma are bearable somehow. Barring Manu Rishi, the other two disciples of Nanu are a total waste.

Nanu Ki Jaanu is simply a misconceived film which holds no fun, surprises and entertainment. The film seems to have no purpose. If you have your bets on a bad film, it is a clear winner!