This despite the fact that Vodka Diaries stars Kay Kay Menon and Mandira Bedi. 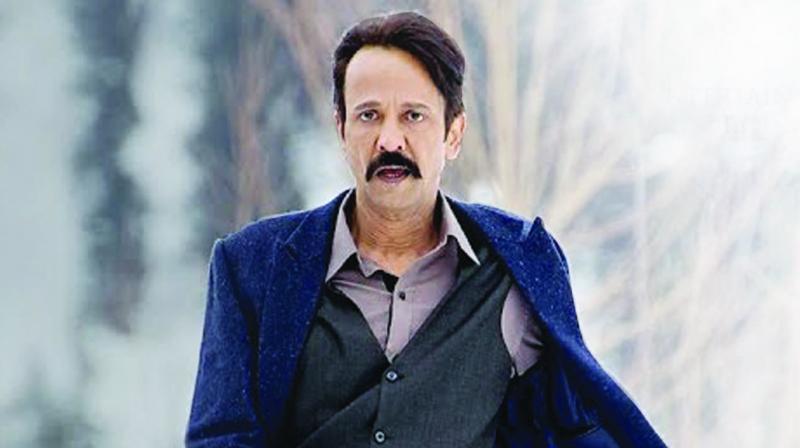 Imagine a painting by a master you like. Koi bhi. Mona Lisa. Starry Night. The Scream. Hussain’s horses in an agitated sprint. Frieda Kahlo’s self-portrait with a monkey on her shoulder…

Now imagine it on the wall of your living room.

Now imagine coming home one day and finding it replaced by a copy made with crayons by your neighbour’s toddler.

I exaggerate, of course.

But if you liked Martin Scorsese’s Shutter Island (2010), chances are you will react to Kushal Srivastava’s Vodka Diaries as you will to the hideous, crayon painting on your wall.

It takes the basic concept of the film, but uses it in a half-witted plot that is populated with annoying and stilted characters who speak to each other only in filmy dialogues, in scenes that are so stiff that you could hang your wet pyjamas to dry on them.

This despite the fact that Vodka Diaries stars Kay Kay Menon and Mandira Bedi.

Menon is usually good, sometimes he is amazing. Bedi is always cute and earnest. Here, however, it seems that Menon and Bedi are bound to a challenge to outdo the other in overacting.

Vodka Diaries begins with ACP Dixit (Menon) and his wife Shalini (Bedi) returning from a holiday to their home in Manali. As usual, she’s writing poetry, and he, having fixed himself a drink, is trying to make some kind of joke about the soft-soft emotions of poetry as opposed to the tough-tough realities of crime.

These two things — literature and crime — are doomed to remain in a sweaty union throughout the film. Where there is one, the other soon appears.

A girl is murdered and the investigation leads Dixit and his assistant Ankit (Sharib Hashmi) to a club, Vodka Diaries, where hormonal youngsters are gathering for some big party night.

At the party, meanwhile, two other men are chasing after two hot babes, ignoring their own girlfriends.

Soon they end up dead as well. One frozen, one stuffed in the little fridge cabinet in a hotel room.

Then Roshni makes a threatening call to Dixit and Shalini disappears.

But next day, all the dead people Dixit was investigating, are fully alive and functional. He meets them one by one, asking them how they became undead. Both confused by this whole dead people coming alive business, and irritated with their aap-pagal-ho-kya expression, he goes slightly bonkers. As does the film.

We, meanwhile, are too pissed off with the film to care about who lives of dies.

The thing with Shutter Island was its errie atmosphere, the fear that stakled us as we watched it, and a plot that seemed smarter than us.

Here we have none of that. Instead we get Ms Bedi’s very strange attempts at acting where she doesn’t know what to do with her hands and face, so she keeps using her palms to cup her face. While Menon happily stars in his very own hamfest.

Not their fault, I guess.

The many bottles of vodka that the film’s writer (Vaibhav Bajpai) and director obviously consumed while working on this project was not shared with the lead actors. Their irritation shows.