S Durga shows a face of India that’s neither susheel, nor sundar, nor sanskari. 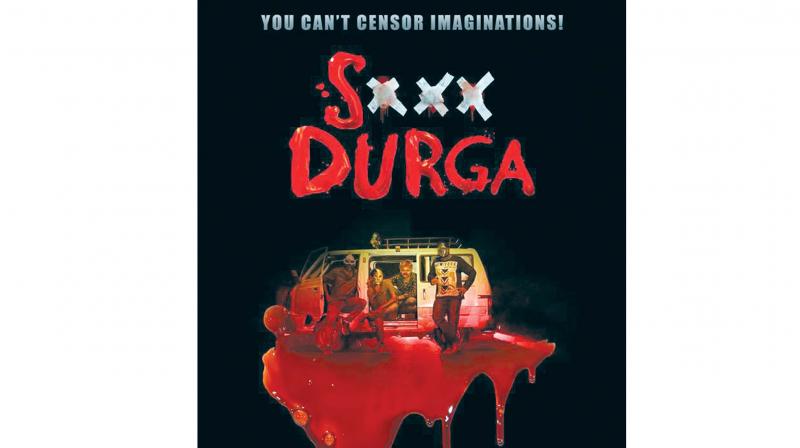 Sexy Durga, Sanal Kumar Sasidharan’s third film, was shot in one night without a screenplay or a written story. But since completion, its life in Indian theatres has been scripted by the official moral police that now decides what we can and can’t watch.

S Durga, which has been honoured and celebrated at international festivals more than any other Indian film — a claim made at the film’s screening in Delhi earlier this week that I have not verified — was allowed screening at MAMI (Mumbai film festival) in October after, on the insistence of the Censor Board, it reduced Sexy to its initial “S”, and cut out some “vulgar” words.

Here’s a list of international awards S Durga has won till now:

The 13-member jury watching 178 films to choose 20 for Indian Panorama at the International Film Festival of India (IFFI) obviously chose it to be screened in Goa.

However, the information and broadcasting ministry, under the supervision of Smriti Irani, has, in its supreme wisdom, unilaterally overruled the decision of the jury it set up and decided that S Durga, along with Ravi Jadhav’s Marathi film, Nude, are not to be shown at the Goa film festival which begins on November 20. No explanation was offered.

How much Ms Irani understands cinema that doesn’t revolve around a saas and her bahu I neither know, nor do I care. But given her proclivity for creating false, hypocritical, offensive narratives about a sundar, susheel, sanskari Bharat where women are not sexually abused or harassed, we should not be surprised by her decision.

But judge for yourself if we should be angry as hell.

Durga, a goddess sculpted with  clay and hay, appears on the screen. A red cloth is covering her face and she is being carried by men.

Soon bare-chested men in red-saffron dhotis, with strings of rudraksh dangling from their necks, arrive. The camera stays with these men, moving around, listening to the drum’s beat, at times peering at a man who is in a trance, his neck limp with ecstasy, and yet his body in a frenzy — it’s swaying, arms flailing despite a larger man trying to contain him.

It’s a sweaty, exotic, heady ritual that keeps intensifying to the point where men present themselves to have their cheeks pierced with thin metal rods, and soon a few chosen ones are pieced with hooks — six in most cases — and hung to dangle in front of a van carrying the deity.

This sequence, capturing the Garudan Thookkam (Eagle hanging) ritual performed by devotees of Kali, is long and shot in documentary style. No words are spoken and we too are in a trance-like state — steadily getting high and uneasy listening to the hypnotic drum beat and watching this bizarre, self-flagellating expression of devotion to a goddess.

For a long time we see no women. And then the camera pans to them — they are at a distance, away from the sanctum sanctorum of this cultish, macho, righteous insanity.

This long, troubling scene sets off what happens next, in the same city, on the same night, after the deity has been burnt.

A guy on a bike drops Kabeer (Kannan Nayar) to where Durga (Rajshri Deshpande) has been waiting for him, by a road.

Kabeer and Durga seem to be in a rush to flee,  to get somewhere, urgently, away from someone.

Kabeer tries to wave down cars, to hitch a ride to the railway station. A Maruti van stops.

There are two men in the van, sitting in front. On the dashboard of their van sits a small Durga statue being venerated, constantly, by a light that changes from red to blue to green with each blink.

Kabeer and Durga are quiet, nervous. They sit hugging a bag. We sense their vulnerability and then we catch the tone of the two men as they begin asking intrusive questions.

One man thrusts a water bottle towards Durga, insisting that she drinks from it. Kabeer murmurs something. He’s trying to shield Durga and not to offend the men.

It’s dark outside and inside the car. We don’t see faces properly and yet we sense malignancy in this man’s insistence.

The car lights up only when a vehicle from the opposite direction, on high beam, blinds the driver, momentarily showing us a pair of eyes, a grin, an expression, conjuring a mix of anxiety and fear that this may not be a casual ride to the railway station.

A loud, urgent, desperate cacophony begins in our heads — get out, jump, walk, run. Are you stupid, don’t you see what’s so obvious to us? Don’t you sense the threat? And just then, the men say something, do something and the threat kind of dissipates. Now they seem crass, but not malicious. But there it is again — a predatory coaxing, a wanton, illicit comment.

Kabeer and Durga sense it too. And the moment they get an opportunity, they escape. But the two men on a scooter who accost them seem worse, scarier. And then the van arrives again, now with two more men, and their aggressively protective attitude towards Kabeer and Durga seems at once comforting, dubious.

The toxic masculinity in the car has doubled now, squeezing Kabeer and Durga in between. And soon the van assumes a life of its own, transforming into a scary, psychedelic predator.

S Durga is a road thriller but it uses the genre’s plot devices and the intensifying, claustrophobic rhythm of imminent threat to a different effect.

Here the fear, the possibilities, the anticipation of the unknown generates a foreboding that’s scarily real.

The trauma of being at strangers’ mercy, watching men who get high on the increasing vulnerability of another touches a nerve that throbs in the guts of most Indian men and women — the nightmare of being alone on a deserted road at night. And the ensuing nightmare of taking someone’s help.

S Durga tells us very little about the people in the van. Yet, with each plot twist, each encounter, it strips these men — and others who appear to harass or just turn away — revealing a scary side, while never quite making their intent known.

What’s clear, however, is that these men, who were paralysed and could barely squeak in the face of power in uniform, can obscure their impotency, insignificance only by torturing another. That’s the only way they can experience, feel their existence.

Nothing that the men in the van do or say to Kabeer and Durga could qualify as criminal, and yet the dance — reminiscent of the opening sequence — of unbridled, toxic masculinity, this time around a woman they don’t hold up high on their heads, but like to watch squirm, cry, are moments when humanity bares its ugliest face.

S Durga is a difficult film to watch. And having watched it, it’s disturbing and stays with you for a while because it is disturbing real.

In 2015, addressing the Women in the World Summit, Smriti Irani, then the HRD minister said, “Women in India are not told what to wear. They are not dictated how to wear anything.”

But some women, when in power, feel entitled to decide which stories about Indian women can be told, and which ones are best kept a family secret.

S Durga shows a face of India that’s neither susheel, nor sundar, nor sanskari.