We advise you to watch ‘Tum Bin 2’ with a box full of tissues! 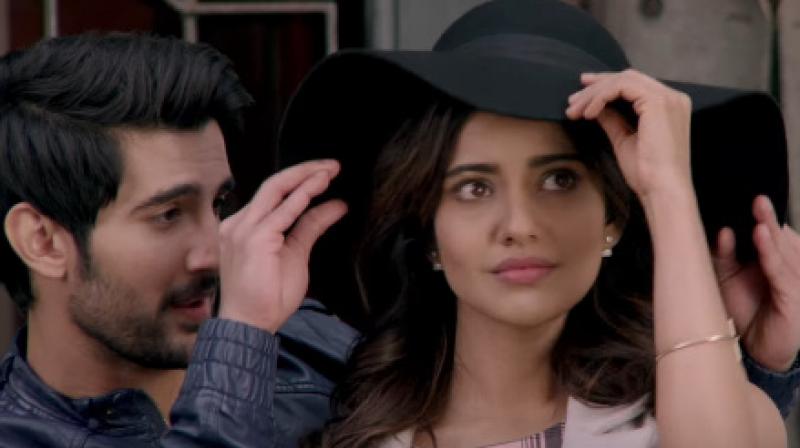 Do you believe in love? If you are an ardent fan of sob stories, then 'Tum Bin 2' is for you! Director Anubhav Sinha will take you on a free holiday to snow-laden exotic locales at the cost of just a movie ticket price. A tale of clichéd romances and sacrificing for true love, 'Tum Bin 2' has everything that will leave you in tears.

Taran ( Neha Sharma) is engaged to Amar (Aashim Gulati). Amar is adventurous and loves skiing. Unfortunately Amar meets with an accident and dies while skiing one day. He leaves Taran helpless in grief. Taran’s father (Kawaljeet) and her two sisters try in vain to help her find Amar’s body. Later, Kawaljeet introduces Shekhar, his friend’s son to Taran. The two come closer and fall in love but Taran becomes helpless when Amar comes back in her life after eight months. Who will Taran choose in the end is what Tum Bin 2 is all about.

Six-film-old female protagonist Neha Sharma is so pretty that she lights up the screen whenever she comes in front of the camera. Debutant Aashim Gulati has less screen space but looks promising. Aditya Seal is good with his expressions and performs quite well till the last frame. Kawaljeet and Meher Vij are a treat to watch. A special appearance of Sandali Sinha, who played the female protagonist in the first instalment ‘Tum Bin’, is like a breath of fresh air.

The story and screenplay credits by Anubhav Sinha come as a shocker since ‘Tum Bin 2’ has nothing to do with any of it. The film will remind you of the earlier film ‘Tum Bin’ in the second half. The basic plot of the is a replica of the 1992 film ‘Deewana’ that starred Shah Rukh Khan, Rishi Kapoor and beautiful Divya Bharti. In a desperate attempt to save the script, the writer has included unnecessary gay humour that will make your head spin.

The music by Ankit Tiwari is hummable. Title track 'Tum Bin', Íshq Mubarak’, ‘Dekh Lena’ and ‘Teri Fariyaad’ offer a treat to music lovers. The cinematography by Ewan Mulligan is breathtaking. Scotland has never looked this pretty before. But the film is too dragged out in the second half.

When a film doesn’t have a plot, even good performances can’t save it from sinking. ‘Tum Bin 2’ is like any other love triangle story and seems more like a holiday trip for the film’s team. The only good thing about 'Tum Bin 2' is its melodious music, good-looking actors and their fair performances. If you think this is how a love story is supposed to be, trust me, you wouldn’t want to have one. We advise you to watch ‘Tum Bin 2’ with a box full of tissues!