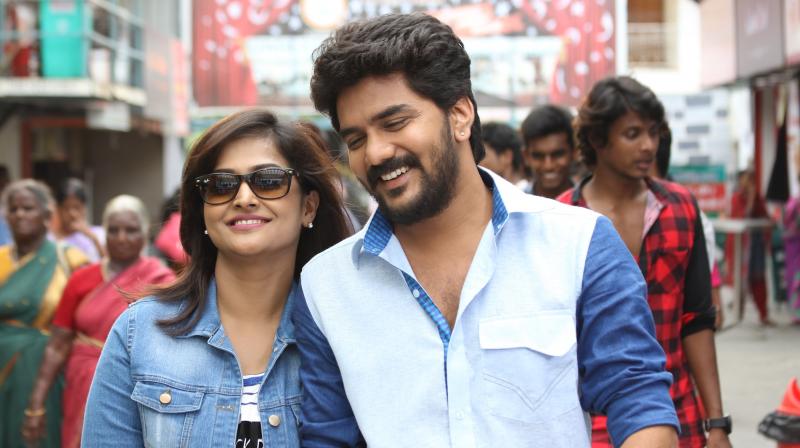 Tamil audiences always lap up films on friendship if made well. Natpuna Ennanu Theriyuma by debutant Siva Aravind has a striking resemblance to Bhagyaraj’s 1981 cult comedy Indru Poi Naali Vaa. Three friends fall for the same girl and how her entry causes a rift in their relationship forms the rest.  Thankfully, the director has steered away from melodrama and has largely given a comical film.

Shiva (Kavin), Raju (Raju) and Manikandan (Arunraja Kamaraja) were all born on the same day, live in the same locality, and are childhood friends. They don’t take studies seriously and roam around aimlessly. After wasting many years, they decide to start a business of their own. Their initial struggles are all real, but Mani’s father leaves behind a bit of good fortune in the form of a shop in the market area, and that saves the business. They become wedding planning consultants. While Shiva is somewhat serious and gets orders, Raju boozes all the time. Mani, on the other hand, is innocent and a muff.  They also have a competitor in Ramanan (Ilavarasu) a veteran wedding planner in the locality.

Now enters Shruti (Remya Nambeesan) in their life. All three friends fall for her. From there on their equation changes and the friendship starts falling apart. However, Shruti reciprocates Shiva’s proposal and there’s a reason to it.

Kavin, a known face in telly does his cool job.  Debutant Raju emotes well be it in humour or in emotional scenes. Comedy comes naturally for Arunraja Kamaraja and his counter dialogues keep you in splits. Remya Nambeesan is adequate. All others pitch in their bit. The first half drags without a coherent screenplay, but post interval the comical one-liners work to a great extent thus making it watchable. Dharan’s background score is decent while songs are functional.