Mr Local, directed by Rajesh and starring Sivakarthikeyan and Nayanthara, will leave you utterly stupefied. 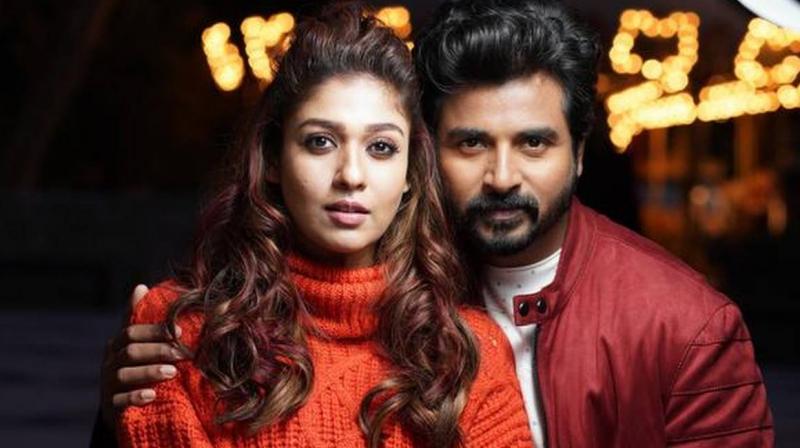 One has to be visibly unlettered and tone deaf in order to make a film like Mr Local. Let us assume that in this day and age, one is capable of turning a blind eye towards objectifying women; that it is possible to portray men as creepy and misogynistic in the name of ‘love’; that taking jabs at popular movements in social media like #MeToo without any reference or merit to the joke is cool for its own sake. Let’s just postulate that ‘artistic freedom’ means all of the above can pass and end up recorded in a camera for later viewing. But is there not a duty for the makers of such films to maintain a semblance of class? Shouldn’t jokes rise above the lowest of common denominators and have more sophistication while taking equal amounts of pokes at men?

Mr Local, directed by Rajesh and starring Sivakarthikeyan and Nayanthara, will leave you utterly stupefied while dissuading a good portion of the female audience to even bother watching.

Manohar (Sivakarthikeyan) is in a prison in Paris, and his dull, self-absorbed backstory has caught the full attention of a poor old sod in charge of prison security. At first, you may feel a bit bad for the prison guard, but your problems are just about to begin. As Manohar recollects his past, he seems to have had a very normal middle-class life with his mother (Radhikaa) before getting into a fight with a business magnate, Keerthana Vasudevan (Nayanthara.) Meeting by happenstance, they often get into fights before eventually, the man of the hour manages to turn his heated arguments into one that of love. Yes, that transition is as cringe-worthy as the sentence itself. Now it’s his job to make Keerthana reciprocate that affectation.

There’s a lot in this film that would wear you down. The writing is lazy, brazen and lacks narrative. The hero has little to no class and etiquette, while the heroine just blurts out her vanities and has a dire lack of self-respect. Attempts at comedy only makes you recoil as the man burps and farts his way till the end, while the woman’s business acumen translates to ‘look at me, how great I am.’ Insults and gutturals can only work if they are a means to a coherent story.

Both Sivakarthikeyan and Nayanthara are A-list actors at the top of their form, but their bravado cannot save a doomed script. The scenes seem to have been made up on the spot on a drunken afternoon. Some comic parts are passable. But where were the spidey-sense and the snake oil detector while the movie was in production? Missing, apparently……..