Monster movie review: A feel-good film that’ll leave a smile on your face

Nelson Venkadesan has chosen an out-of-the box theme for his second film Monster. 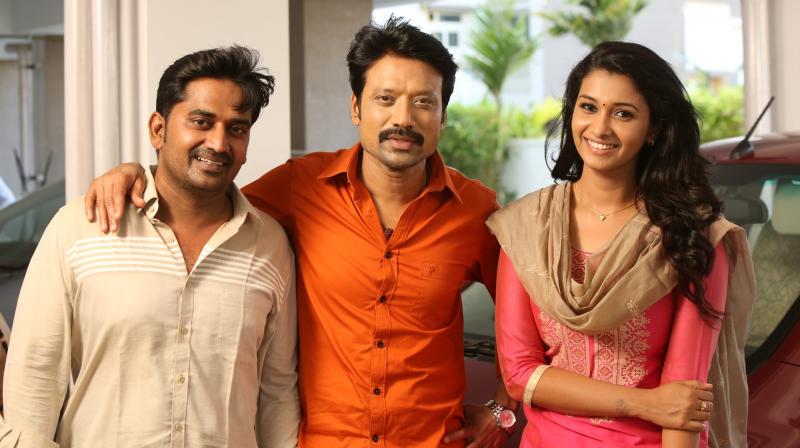 Nelson Venkadesan has chosen an out-of-the-box theme for his second film Monster. And here the ‘monster’ of an antagonist to hero SJ Suryah is a rodent –a rat that drives the latter crazy beyond imagination. No, it is not a revenge subject like Naan Ee. Monster travels in a simple premise of ‘Man Vs Rat’, which is about a live rat (no CG work) that creates mayhem in the man’s life.

Azhagiya Anjanam Pillai (SJ Suryah) is an engineer in mid-thirties employed with Electricity Board in the city. He is soft-spoken and follows Vallalar Adigalar’s principle of not harming any living things. Many girls reject him, as he does not own a house. Also, facing problems with his rented place, Anjanam quickly decides to buy an apartment and succeeds in his task as well. Just as he does the housewarming ceremony and enters the house, Mekhala (Priya Bhavani Shankar) who did not even turn up during his last pen paarkum padalam (bride seeing occasion) calls him up. She tells him that she wants to meet him. She falls for his good nature and agrees to marry him. Anjanam takes this as a good omen and when all seems hunky-dory, little is he aware that his life is going become upside down with the arrival of an uninvited guest – a rat at his new home. The little intelligent monster gives him sleepless nights destroying everything and outthinks him in all his attempts to get rid of it. At one point, despite his compassionate nature, the rat drives Anjanam to the extent of killing it.

There’s a parallel insipid track where a man (Anil Kumar), supposedly a villain who is the previous resident of the flat is after the rat as he wants to retrieve the valuable diamonds which he hid in rusk pieces which the rat had consumed.

Kudos to Nelson for aptly choosing SJ Suryah for the lead role of submissive Anjanam. The actor with his precise expressions and body language nails his character. He shines every bit especially in the climax where the larger message is conveyed endearingly. Priya Bhavani Shankar looks her part and does a decent job. Karunakaran with his one-liners and counter jokes brings the roof down.

Nelson, for the most part, has narrated the film in a lighter vein. The segment where Suryah’s situation is equated to a scene from Sivaji Ganesan’s Mirudhanga Chakravarthy is a scream. Since the film is devoid of computer graphics even in one shot, making a rat act would have become the biggest challenge for him. However, the proceedings with the rat get repetitive after a point. Wish Nelson could have opted for a tauter presentation as well.