It is the inexperienced actors who are both boon and a bane in this realistic tale. 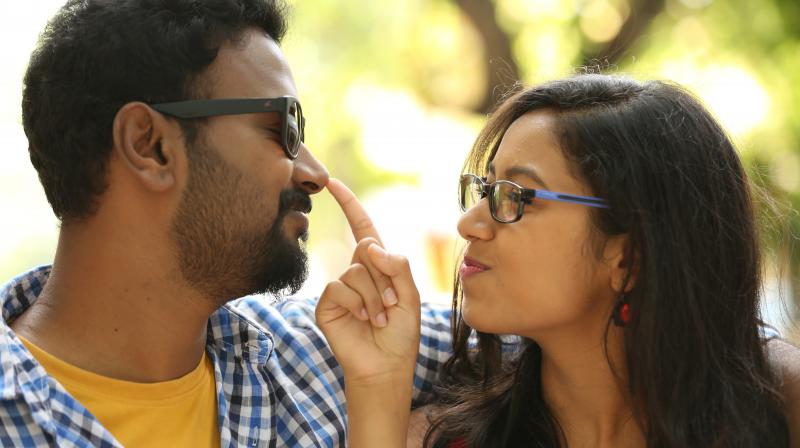 Though the pretty long title suggests that it is about a couple, connected with mafia, it is beyond the usual romantic tales, wherein the reel lovers are always shown fighting for their survival right till the end. Instead of long machetes, thankfully, it has a hard-hitting message which sensibly focuses on one of the most widespread evil and its effects on the Internet - pornography.

Unlike several countries, India has banned all kinds of pornography terming it as illegal, but containing them on the world-wide web has been a near impossible task. The director has picked up on this real subject, who has webbed it with a simplest plot over its modus operandi mixed with a decent drama.

While a majority of the cast are newcomers, the  screenplay fills the gap for an engaging experience. Surprisingly, the songs are good and as well the making part of it. It is like one of those movies which comes with zero expectations and ends up earning good credits for its honest attempt despite the loopholes.

It takes off with a psychology student, who intrigued by women and their attitude, decides to do her project work on the subject. With the help of her boyfriend, the protagonist manages to interact with a handful of prostitutes. On the other hand, another plot runs parallely in which a cab-driver has to run away with his girl away in a day's time, as his girl insists on eloping owing to immense pressure from her parents to marry another person.

It is the inexperienced actors who are both boon and a bane in this realistic tale. The antagonist who impresses the most and especially when the tale gets serious after the psychology student gets kidnapped by him with the help of cab-driver and his friend. There is more than the kidnap which is the crucial factor here.

A definite average on several cinematic terms but a far better one than those who claim on making one of the greatest and eventually fall down with utter disappointment.