Raid movie review: Ajay and Saurabh's face-off is worth watching

Director Rajkumar Gupta makes an interesting chase between the protagonist and antagonist. 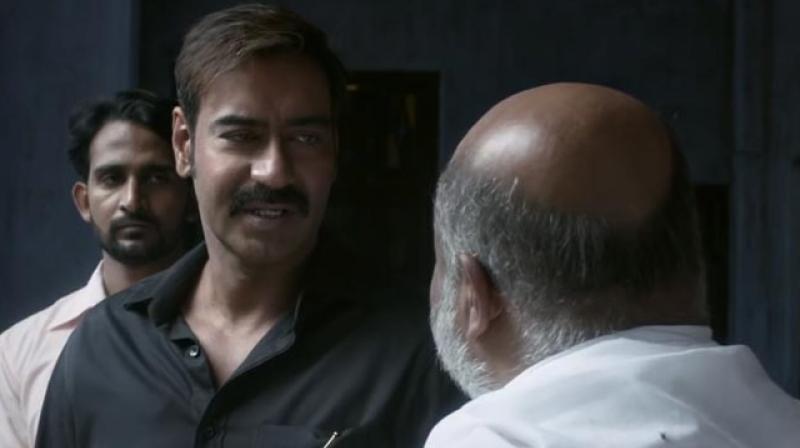 A still from 'Raid'.
Rating:

Earlier directed films like ‘Aamir’, ‘No One Killed Jessica’, director Rajkumar Gupta has definitely created his own niche in filmmaking. Post his last disastrous black comedy 'Ghanchakkar' in 2013, Rajkumar disappeared but he emerges with an edgy drama Raid based on the true events set in 1981 after a gap of four long years. Raid is a crisp and entertaining film which has a grip and power packed performances.

Amay Patnaik (Ajay Devgn), an honest income tax office moves to Lucknow, Uttar Pradesh with his wife Malini (Ileana D'cruz). After he gets the tip, Amay carries out the longest raid at the mansion of the most powerful and corrupt politician Tauji (Saurabh Shukla). Will Amay finds the black money at his house or will Tauji bring him down?

Director Rajkumar Gupta makes an interesting chase between the protagonist and antagonist. The film has a perfect runtime of 128 minutes which makes Raid a decent one time watch. Second half is slightly dragged but it is backed by such engaging dialogues written by Ritesh Shah who has also pen the story and screenplay that it can be easily overlooked. Predominantly in a male centric film like this, it has an apt space for the leading lady Ileana D'cruz considering she plays the role of a wife of an IT officer. Director hasn't put any unnecessary effort to show heroine or songs around their love rather they are in the sync of the plot.

However, the background score is a little louder than required but definitely increases the ongoing tension in the film. The film is shot nicely on the exotic locations of Lucknow city especially Bara Imambara and clock tower. Few moments are too predictable, Ajay's heroic act towards the climax being one of them. Ileana being targeted by the army of the villain which is obvious in this hide and seek.

Ajay Devgn speaks through his eyes. His intense look does enough magic on screen but he almost enacts the same in all his movies. He is undoubtedly a brilliant actor but in today's day and time he should take care of his varied range of performances. Saurabh Shukla is a show stealer. Post his funny act in Jolly LLB 2 last year, he just don't let you move your eyes off him. More than the performance, Ileana looks beautiful in her cotton sarees. Her traditional look will remind you of Barfi. Amit Sial is noticeable in his pivotal character role. He creates his own space while sharing the screen with Ajay and Saurabh.

With no other releases this Friday, Raid is a clear winner. A seat edge drama with brilliant dialogues makes it a praiseworthy film.