This series is a roller coster ride of emotions. Suits best for a fun binge watching session. 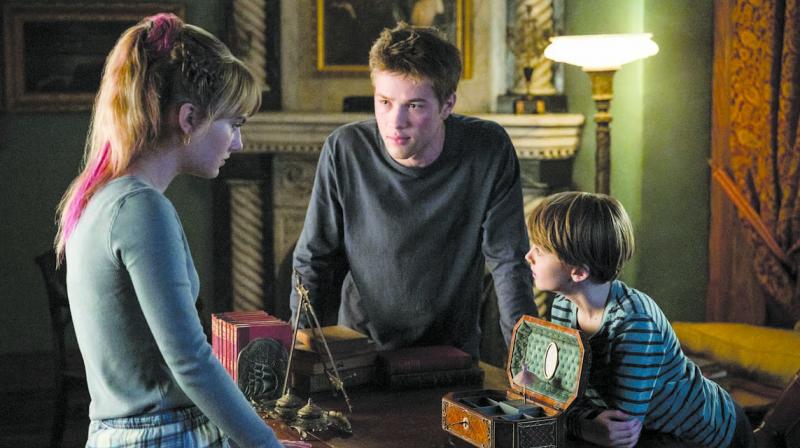 A still from the series Locke and Key
Rating:

One of the main uses of a key is to unlock a door. But what if this same key were to unlock untold powers? Intrigued? Netflix’s new series Locke and Key will take you on an adventure that is sure to spike your curiosity. The series follows the life of Locke Family - Nina and her kids Bode, Tyler and Kinsey who have just lost a husband and father - Rendell.  Using a set of simple kesy, the three siblings embark on a journey to find the secrets that have been hiding in the walls of the Key House.

In need for a fresh start, the family return to the Key House in Matheson. The majestic mansion is looked after by Rendell’s brother -- Duncan who seems to hate the house with passion. While older two siblings are totally against moving, Bode is up for an adventure. Set amidst the wilderness, the Key House is located in a secluded part of the town which sets the scene for this mystery. Apart from adapting to a new life in Matheson, the siblings also deal with their father’s death. While Tyler blames himself for what happened, Kinsley becomes an introvert (very against her nature) and Bode is curious and adventurous.  Hidden quite well around the house, Bode starts off the series by finding the “Anywhere Key” which he found in his sister’s bracelet. A key that can take you anywhere in the world. At the same time, he also finds a woman at the bottom of the well in the outhouse.

The siblings not only have to adjust to a new life but they have to ensure the keys that possess these magical powers don’t fall into the wrong hands (and for some strange reason, the mysterious woman wants those keys). The entire season one of Locke and Key is designed in such a way that nothing is left out. While there is a sense of adventure in finding the keys and discovering the powers, there are also tid-bids of emotions, drama, suspence, and curiosity. Watching the story unfurl on screen, you get a sense of the effort gone into making the entire series. From the sets, the decor to the design of keys itself, everything has been given a keen eye. Though at times, the story seems slow, it definitely makes for a crazy binging session.