The A-List is a summer camp drama that mixes mystery, horror and high-school hijinks. 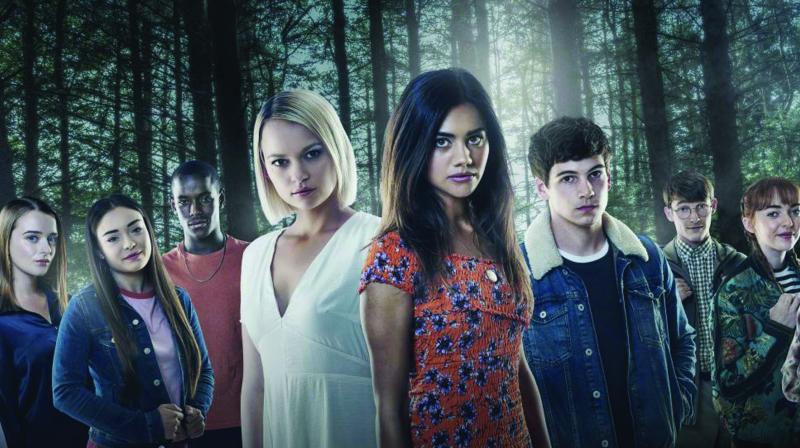 The concept to go away to camp during the summer is a very Western one. Camps are meant to keep kids busy and out of mischief. But what do you do when the same camp that was supposed to be pure fun, turns dark and sinister? The A-List on Netflix might have all the makings of a true-blue teen drama but it’s only when you delve deeper that the real idea behind the show emerges. It follows the story of Mia — your typical high school popular girl — and a bunch of other kids who are expecting to have a good time at summer camp.

The series has a dusting of everything one needs to get hooked. From drama, romance, revenge, to even a bit of comedy. It also has every character one might find in cliched high school rom-com movies. The popular kids, the jocks, the geeks, the loners, the bubbly person, etc. Mia carries her crown of being the ‘it’ girl with a sense of pride and is challenged when Amber shows up. From the time they first meet, Mia and Amber are at loggerheads, competing to win the likes of people around them. As the series progresses, Mia starts losing all of her friends to Amber, who very mysteriously makes them her disciples. As Amber’s popularity quotient grows, Mia’s depletes. The now isolated Mia meets Luka, a runaway who has been living on this mysterious island for a while now. But Luka’s time on screen is just limited to a few minutes. We don’t yet know how his character takes the story forward or what role he plays in seasons to come.

The series is shot in such way that one is bound to think that it falls under the horror genre. But it is only later on that you get to know that there is nothing boo-worthy about it. What works for the series is that fact that watching each episode, you will ask a lot of questions. Like — Who is Amber? What are her intentions? How is it that the kids are cut off from the rest of the world? Why does it seem like they know each other from before? These are questions that the makers have managed to answer through the series. The only downer is the amount of confusion they cause regarding the genre. At some places, it is a full-on mystery. But there are also elements of sci-fi. The 13-episode Season One ended with a lot more questions. Hopefully, Season Two will manage to answer them as well.