Black Panther movie review: Some wonderful characters but not a gripping film overall 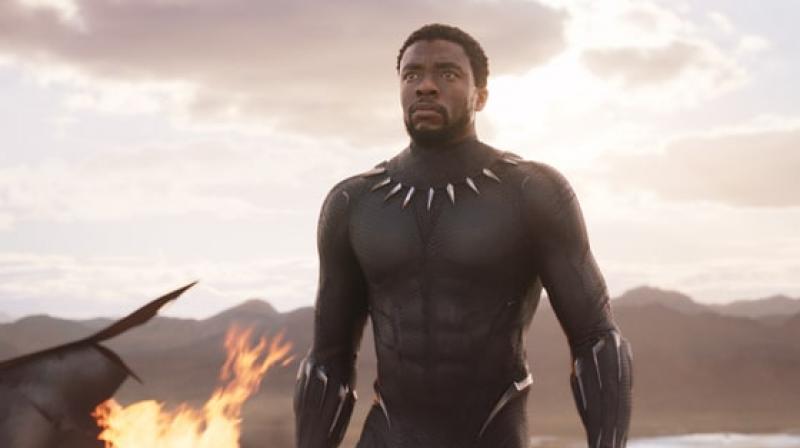 'Black Panther' is the eighteenth film released by Marvel Studios for the Marvel Cinematic Universe.
Rating:

The latest film in the Marvel Universe has arrived with 'Black Panther' and it continues the tradition of big budgeted crowd pleasing event films from Marvel.

'Black Panther' tells the story of T'halla/Black Panther (Chadwick Boseman) who, after the events of 'Captain America: Civil War' (2014), returns home i.e Wakanda to take his place as King. However, when an old enemy Erik "Killmonger" Stevens (Micheal B Jordan) reappears on the radar, T'Challa's alter ego Black Panther is tested when he is drawn into a conflict that puts the fate of Wakanda and the world at risk.

The Wakanda aspect of the film is great, with a rich and interesting culture so seldom used in the superhero film. But after an impressive introduction, pretty much all about Wakanda, becomes kind of a dull place. This movie is filmmaker Ryan Coogler's third feature, following two very different films - 'Fruitvale Station' and 'Creed'. Kudos to director for successfully passing a strong message of racial diversity and cultural acceptance in today's world, but while doing so he fails to deliver a thrilling superhero film. The film desperately tries to keep pace with other Marvel offerings but falls short on that front.

The story is like any other superhero film story. The plot is quite predictable, as there simply isn't all that much excitement to go around. The core story is so generic that almost everything you expect will happen, does indeed happen.

The film starts off fast but comes to a halt halfway through. Due to slow pacing, the runtime feels very overlong as well. Another distraction is the graphics which is just average, especially towards the end of the film the action relies overly on CGI and it doesn't look that good for Marvel film standards. 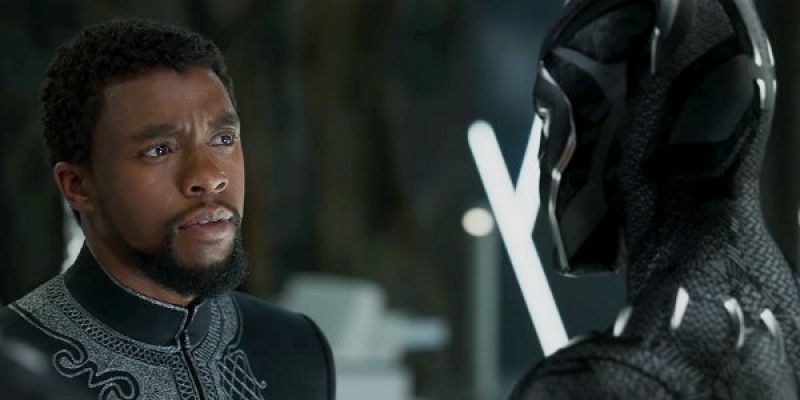 A still from 'Black Panther'.

The acting is okay. Chadwick Boseman performs nicely, but, I dare to say, his superhero act comes off boring and that because of its poor characterisation. In superhero origin story, it is always interesting to see protagonist's transformation but here T'challa is a completely new person with almost no similarities other than his name. He doesn't grow into a King instead he simply change his political view which is quite underwhelming to watch. Lupita Nyong'o, Martin Freeman, Danai Gurira, and Forest Whitaker perform below standard. The women characters are powerful and all have a significant role in the story. Letitia Wright, as T'challa's brilliant younger sister Shuri, shines in her part. Michael B. Jordan is good as the main villain. He is given a rich personality over everybody else and his political beliefs, compared to the protagonists', are more compelling. His character's journey is one of the interesting parts in the film and it makes viewers care about the conflict between him and T'challa. 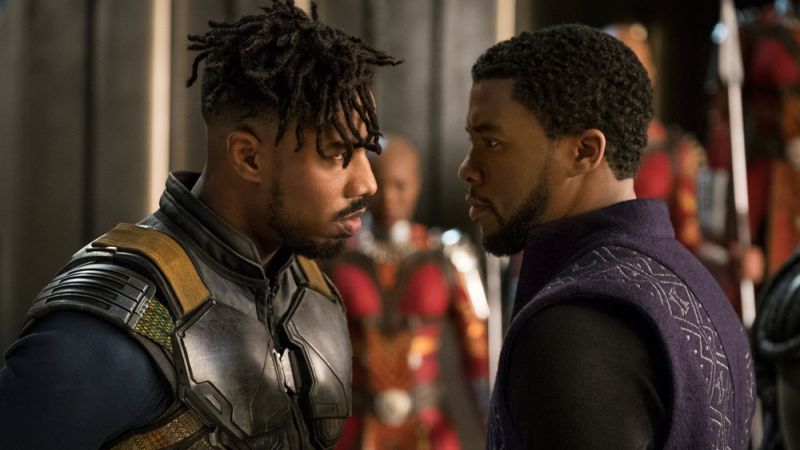 Chadwick Boseman and Michael B. Jordan in the still from 'Black Panther'.

Some action sequences are really well choreographed, for instance a long one shot action scene inside a casino and a subsequent car chasing sequence, which is quite great. Ludwig Goransson's orchestral music that booms during the exciting moments is quite exciting mainly due to distinct usage of African instruments. And there are few short scenes that brings the giggles and puts a small break in the action scenes, all done in a formulaic Marvel style.

'Black Panther' is the eighteenth film released by Marvel Studios for the Marvel Cinematic Universe. As the Marvel scene is beginning to become over saturated with so many back-to-back films, at least this movie allows you to take a break from an actual Marvel film.