Mardaani 2 movie review: Powerful performances that dip into our rage 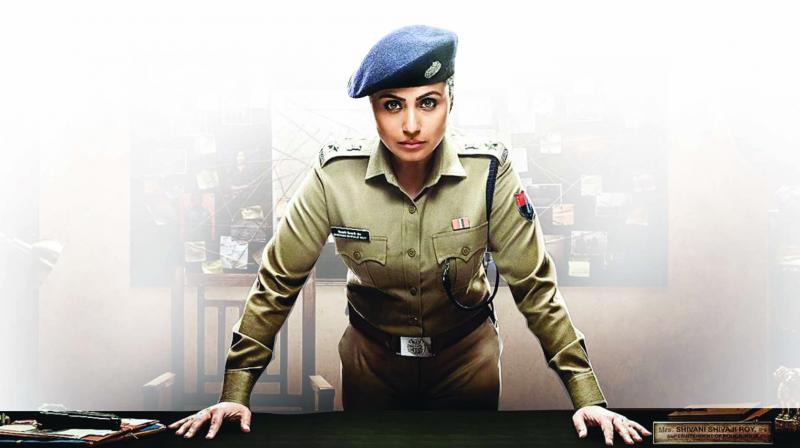 Commercial cinema, by its very definition, cashes in on emotions. And the more contemporary, more current these emotions, the more currency it rakes in.

Mardaani 2, starring Rani Mukherji as IPS officer Shivani Shivaji Rao, whom we first met in 2014, dips into the impotent rage we often wake up to in our Bharat desh where 93 women are raped every day.

We repeatedly read of these crimes, and though we often remain numb to the violence of it, sometimes the savagery of these acts, especially ones that seem close to us, awaken the dead within and we try to at least articulate our shock, register our anger.

Mardaani 2, written and directed by Gopi Puthran, hits the ground running and takes hold of us, physically and emotionally, from get-go with a kind of creeping, stalking fear that we are unable to shake off till the end.

This is a feat of the film’s writing and acting.

What lifts Mardaani 2 above the usual rape-revenge films is its sharp politics, and the way it shows misogyny as the guiding principle underpinning not just violent crimes against women, but also, often, rather regular male-female interactions.

And then, in the film’s last scene, it again dips into that rage in a way that is so overwhelming in its catharsis, that though it seemed primitive, it felt so right that I could not stop my tears.

Sometimes, good commercial films know what we need more that we do. Or, perhaps, they show us what we rightfully deserve.

Mardaani 2’s last scene, powered by Rani Mukherji’s superb acting as she channels her character’s raw rage, is iconic. It’s a scene that, even when watched in isolation, will move you.

Mardaani 2 is set in Kota, around the time of Dushera and Diwali. We are at a mela where a young man, Sunny (Vishal Jethwa), is limping and talking directly to us, completely ignoring the fourth wall, as if it never existed.  He’s looking at Latika, a young girl we barely know. But the moment we see her, we feel as if we know her.  He leers at her and tells us, with a terrifying smile, what he’s going to do, why and how. He talks to us as if it’s nothing, as if what he’s planning is not a big deal. We get the sense that he has done this before. That she’s just another girl for him. Irrelevant. Whereas his guile, his skill, this chase, this kill is what’s important. it’s what keeps him entertained.

This does two things — at one level Sunny tries to recruit us as his accomplice, co-conspirator in a crime that’s abhorrent to us, more so because the victim is wholly innocent. And at the same time it dips into our very real helplessness that we often experience — most recently on reading about a girl who was set on fire on her way to the court to testify against her rapists. And the woman studying to be a veterinarian who was gangraped, and later doused with diesel and petrol and set on fire.

We sit frozen, but also riveted — fearing that yet another girl will be raped and we won’t be able to do anything.

But just then, the film dips.

Shivani has barely arrived and is already on top of things — so much so that in a few seconds she decides that the rapist-killer was left-handed, that he took out his anger on the victim, and that he used a belt to kill her.

As she does so, another cop, Brij Shekhawat, who is senior to her in years but junior in designation, talks of “aisi choriyan” (girls like her), irritating Shivani with his overt misogyny.

This character and this acrimonious relationship between Shivani and Shekhawat is a parallel thread that runs in the film, all the time mirroring the rapist, his attitude towards his victims, and the way he violates them.

Like Sunny talks of how he hates women’s chul (swag), Shekhawat repeatedly talks of the need for women to stay in their aukat, of not acting too smart, of behaving in a certain way. He resents Shivani simply because she is a woman who is his superior, i.e. has more power than him — in the police force and in this world. This upsets his worldview, and he tries to bring back balance in his world in the only way he can.

This casual, common, almost regular misogyny which at one level tries to drag down women who men feel challenged and dwarfed by, not by any action of theirs, but just by being competent and superior in education and class, but more than that because these women don’t pander to fragile male egos, don’t have time to worship mardangi, ties in seamlessly with Sunny’s uncontrollable urge to “fix” such women.

This mirroring is done very cleverly, and the film keeps this two-pack misogyny intact throughout, showing us how it seeks to damage and undermine women — at times through micro-aggressions, at times through malevolent, violent crimes.

And then the film’s plot, which seemed like it was going to be a straight cat and mouse chase, coils and tightens its grip around us and Shivani as Sunny, taking a sickening interest in her.

He begins stalking her, finding ways to be around her, watch her even as he carries out a murder for cash. This scene too is a surprise because of the cold-hearted manner but shocking finesse with which Sunny conducts it.

All the while Sunny follows her, watching each step, destroying clues that may lead to him.

Though he keeps playing her, as another rape is committed, Shivani seems to get him. There is some psychobabble that is a bit annoying and presumptuous, as if she is a psychic and not a cop.

As the deadline for Shivani’s departure from Kota comes close, the game begins, where he seems one step ahead, continually challenging her. But then comes the climax, violent but cathartic, with a dash of MeToo as a belt gets handed from one woman to the other. It again dips into our frustration, but now it lets us exhale, finally.

At many levels, Mardaani’s screenplay, its writing is very clever. Especially in the way characters develop and the plot unfolds.

The way in which Sunny’s character has been etched, through scenes and dialogue — a rather regular looking guy who is deviant, just plain evil — is very powerful.

But at another, especially the film's dialogues, and specifically those assigned to Shivani, are terrible.

Her lines are often expository, and have her stating the obvious, or communicate what’s being shown.

Though Vishal Jethwa, as the audacious, light-eyed young criminal is brilliant, Ms Mukherji in several scenes shows the powerful performer she is.

Vishal Jethwa, as the stalking psychopath who has no feelings or emotions for anyone, who seeks gratification through violence, who can feel alive only when he is subjugating a woman, gets under our skin.

And Rani Mukherji’s Shivani is the right counter to him — unfazed by violence, and the games men play, she is intelligent, but also bold and brazen herself.

Rani Mukherji can do big emotions, but she doesn’t do them in an overtly dramatic way. She creates interiority and works subtly, with nuance. Above all, she knows when to stop.

The only disservice it does is that it creates a fake sort of belief, a baseless hope that cops will do their damnedest, irrespective of the threats to their jobs, to their interests, to find rapists and killers.

Barring a very few notable exceptions, all evidence in front of us everyday is to the contrary.