Known for making hard-hitting cinema in the past, director Onir touches upon the digital age romance and it is beautiful. 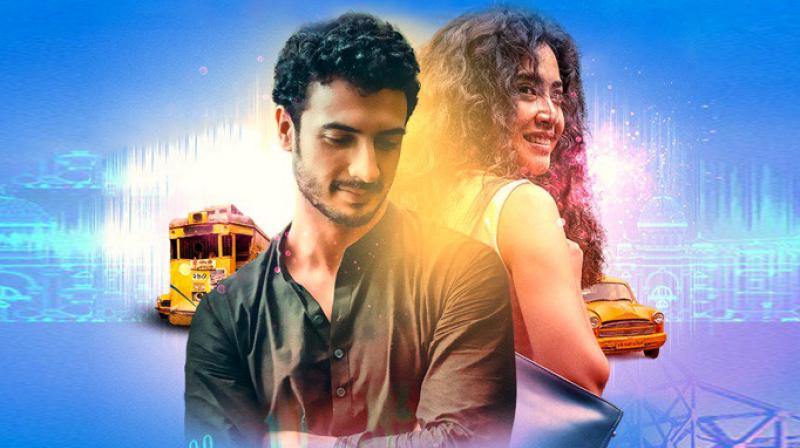 Idea of love and falling for someone is subjective. Buying a bouquet of flowers or sending a gift to your loved ones, several people have several ways of expressing their love. In today’s day and time, it has become a lot easier for anyone to find the best suitable match for themselves. However, blind dates being the recent trend, relationships have also become shallow and temporary. But what if you fall for someone while talking over a phone call or an app and only meet when it has some meaning to it? Director Onir brings you a fairytale of two people who are lonely within in his latest offering 'Kuchh Bheege Alfaaz'. With the fragrance of untouched love and the mist around the city, the two strangers meet and the magic happens!

Alfaaz (Zain Khan Durrani), an extremely poised, humble and anti-social man, a loner in Kolkata city and a radio jockey by profession. He is a dog lover and interestingly a secret poet. Archie aka Archana (Geetanjali Thapa), a meme artist, dealing with leucoderma exceptionally well but deep down looking for true love. With tonnes of blind dates on Tinder, Archie incidentally meets Alfaaz through a wrong number and here begins their love story!

Known for making unconventional rather hard-hitting cinema in the past, director Onir touches upon the digital age romance and it is beautiful. How nicely he has crafted his characters, their pain and insecurities. Days were gone when weepy romances with happy endings were applauded but Onir rejuvenated that trend with the portrayal of the perfect romanticism. No matter, the romance looks glossy enough but it has Onir’s typical undertone of darkness. The best part of the film that Onir and his debutant writer Abhishek Chaterjee manage to keep things chic and modern, but also keep the old school romance flavour alive. Although, there are plenty of usual eye-catching novelties in the love story like the doting mother, the best friend (Shray Rai Tiwari) in love, the office rivalry blah blah blah…but they all are in place.

Also the first half is little slow but Alfaaz’s tragic past and Archie’s coming-out-of-the-closet spice up the things in the second half. Despite having a slow build-up, the film manages to have an easy breezy watch as it definitely compelles you to make more compassionate choices. Interestingly, it teaches you to deal with rejections and not to seek validation from others for any damn thing.

Debutant Zain Khan Durrani definitely breaks the jinx of good looking actors can’t act. His voice is 'orgasmic', his body language is proverbial and his misfit-ness as Alfaaz completes the film so well. In her brown curls, radiant smile and a powerhouse performance, Geetanjali is the show stealer in the film. Her track with her best friend looks similar to 'Ae Dil Hai Mushkil' but it makes things quite entertaining. 'Kuchh Bheege Alfaaz' has got every possible thing that makes it a perfect watch on this Valentines Day!