Haraamkhor is made brilliant by its exact, sharp, intelligent writing and direction. 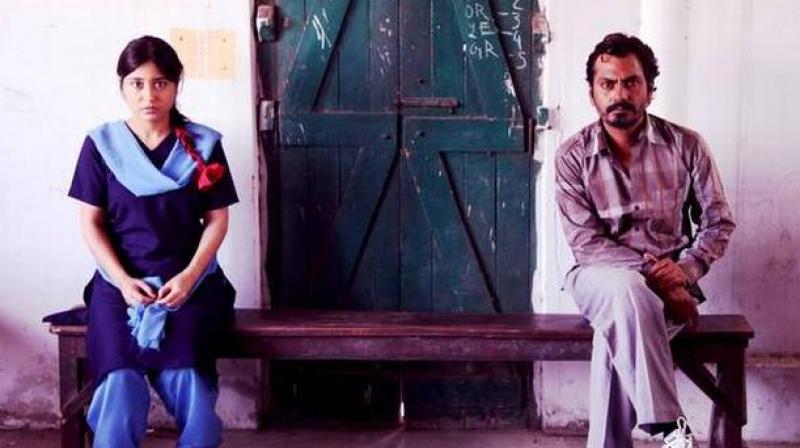 A still from the movie Haraamkhor
Rating:

Three years after it was made, Haraamkhor has finally arrived in a theatre near you, carrying several cuts and bruises inflicted by the moralistic censor board.

The board, under Pahlaj sarkailo-khatiya Nihalani, has taken it upon its sanctimonious self to turn us into a nation of shuturmurgs (ostriches). And the Supreme Court has joined the satsang.

As long as we stand for the national anthem every time we visit the theatre, and as long as we neither show nor see on screen what may be going on all around us, we can all lay claim to swelling, sanskari 56-inch chests. Thus, there are several seriously significant reasons to watch Haraamkhor.

First, it’s a chance to pull out heads buried in sand and take them on a nice little outing. Two, Haraamkhor, by debutant writer-director Shlok Sharma, is a disturbing film that tells a lurid tale without being lewd. We don’t do subtle often, and we don’t do it well.

Three, it’s a film packed with sharp, exact performances. The entire cast is exceptionally talented, and yet no one overreaches.

Haraamkhor’s story is already well known. So, I’ll be brief — Shyam (Nawazuddin Siddique), a schoolteacher, has an affair with his underage, minor student Sandhya (Shweta Tripathi), and every time they are in any sort of intimacy, the text at the bottom of the screen warns us to beware as it’s an offence punishable under the Indian Penal Code.

The film’s beginning is jumpy, slightly confusing. I couldn’t really tell what was happening except that a boy — Kamal (Master Irfan Khan) — falls of a cliff and fractures both his arms. The cast that follows runs from his wrist to biceps.

But Kamal is neither disheartened nor is he helpless. His cute buddy Mintu (Mohd Samad) takes charge of pursuing his love interest and emotions, all the while adding his entertaining commentary to things as they are, and things as they ought to be, with plans of how Kamal can get there.

Kamal, Mintu, Sandhya and one Shaktimaan — always in the superhero’s orange-gold costume — take after-school tuitions from Shyam. Sandhya, actually, is also his student in school.

Sandhya, with her green-heart hairpin and glittering hair band, stands out from the others in this sleepy, dusty town. Her father is the local thana in-charge, and she is fair. And she seems mature, forward.

Circumstances conspire and one night she lands up all bruised and bleeding in Shyam’s house. His wife Sunita (Trimala Adhikari) tends to her and, at night, Sandhya watches them have sex. Later, Shyam very casually tries to touch Sandhya inappropriately. She brushes him off, rudely.

Till this point we don’t really know what their relationship is. We think this is a criminal, disgusting overture, and that she’s scared.

Shyam’s character is written and acted to deceive. It’s layered, complex, and a bundle of paradoxes.

Shyam is a pitiable character himself. He’s a tutor who gets paid by a student in coins, a teacher who talks of his job, his calling as a respectable service to society, and so for a long time we don’t see what’s so obvious, and what little Kamal and Mintu see so clearly.

We often doubt his culpability, and Sandhya’s privileged status complicates matters for us, making us cast an inquiring eye on her intentions, behaviour, when there really isn’t any confusion. It’s crafty filmmaking.

Haraamkhor casts us in the role of adults around a child who is being sexually abused. All the signs are there, but so good is Shyam at pretence, so good is the film at keeping us guessing, that we don’t believe it for the longest time. We wait for concrete proof, we wait to see it with our own eyes, thus allowing the abuse to continue. And once we realise, we cringe, at our own culpability, and at how sordid he is.

Casually and heartlessly he puts the entire blame, onus on her. It’s chilling watching Shyam, a master at deception.

Malevolent, he doesn’t have even a moment of remorse, self-reflection, feels entitled to do as he please with no sense of consequence. Sexual and physical abuse seem par for the course to him.

Nawazuddin as the pathological pretender makes you feel there’s grit in your teeth — grit from the dusty town — and gives you a sickening feeling. Though this is the film’s centrepiece, there’s a lot else going on in the film.

It’s set in a distant town with wind turbines and constant power cuts. A place where there’s no public transport.

There’s also a small whirlpool of events in which Sandhya lives. Her mother left her and her father, and her father has a relationship with Neelu that he’s kept a secret. The casting for Neelu’s character is dazzling.

Mintu, the little boy chasing small intrigues and Kamal’s love despite his foot problem, is always carrying a blue plastic oil can, broken and empty, on his arm.

Haraamkhor is made brilliant by its exact, sharp, intelligent writing and direction. It tells a scary tale, but passes no judgment, offers no catharsis.

For a film this packed with stories and characters to be shot in 16 days is a marvel. That it boasts of so many stellar performances is a feat deserving your time and money.