This ‘2’ venture is the best example of a producer wanting to project himself as the hero in the end. 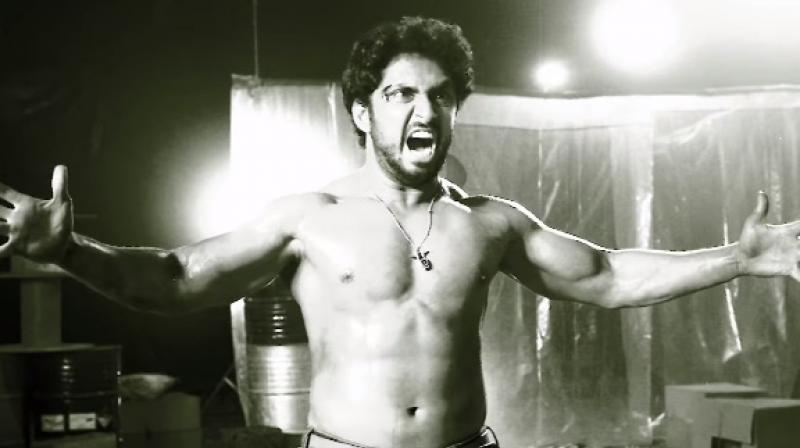 A still from 'Samyuktha 2' trailer.

Some of the very popular titles of movies from the past are facing a serious issue these days! Many are using such titles with number ‘2’ as its suffix, calling it an inspiration of the original ones! Thankfully, they are nowhere connected to the original classic, but ‘using’ the titles to seek cheap publicity. This one surpasses the level of torture one can 'reely' withstand.

This ‘2’ venture is the best example of a producer wanting to project himself as the hero in the end. Manjunath, the producer of this movie, not just takes a heroic stand, but also makes sure to flaunts his ‘gym body’ with punching dialogues. The justification comes with his gyan on army welfare and how citizens can help the cause of our soldiers.

The movie revolves around a set of medical students ‘probably’ studying medicine in the institution called 'Samyuktha’. With each year, a student going missing on a particular date and month, the tale starts haunting with a connection leading to an abandoned bungalow located near the college/hostel. Even a weak-hearted person would laugh at the special effects made to scare the audience. The DOP work is as pathetic as it looks on the screen. It is mostly white patches with no proper lighting too.

The protagonist, who is a cop on a special mission to crack the mysterious missing case, is under the guise of a student. The producer of this movie dons the meaty role as a psychology professor and later takes up greater roles too. In order to make it hard for the audience to guess who is the man behind all the missing persons, the director has raised the bar of suspense! Well, to analyse the 'bar’, one needs to survive it in the first place.

The other two male ‘student’ actors need to get enrolled into an acting school. With these kind of ‘2’ movies, the makers of popular and classic movies may need to rethink about allowing such titles to avoid being misused. Also, this one tops the chart of worst Kannada movie of the year.