Pailwaan movie review: A knockout punch in the end

Pailwaan does wins the match but not before losing some games. 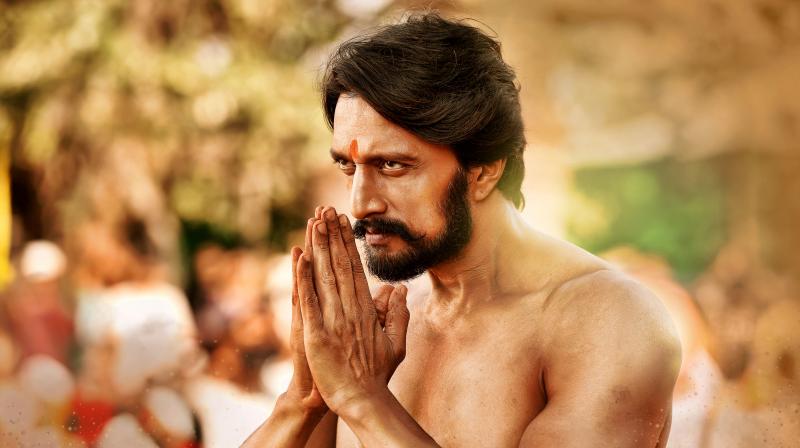 It is he who fights for a noble cause, makes him a real warrior, and so is this reel Pailwaan, who comes with a sensibly meaningful entertainment with a knockout punch in the end. Kichcha Sudeepa grows bigger and better with another pan India movie which celebrates his talent in the role of a pailwaan, a desi wrestler and then as a professional boxer!

With huge expectations, especially after Bollywood superstar Salman Khan himself praising Kichcha's sheer hard work and dedication, Pailwaan manages to meet them to a greater extent but not without the minor disappointments which could have been taken care of. However, it sticks to the age-old principle of all's well that ends well.

Of some discrepancies, it is again the age-old formula from where the story is churned in. It is about an orphan (Kichcha Sudeepa), brought up by a nobleman (Suniel Shetty), and how circumstances lead to emotional action drama in the end where the good intentions triumph over those who fight for themselves and their prestige. In between, there is this mandatory filling up of romance, forced comedy and the necessary drama. A little more work on these minor aspects in the halfway could have made it extraordinary.

In fact, the first half is ordinary and is nothing but an exercise of building characters, readying them for the final rounds, which is a very crucial aspect for any game or even a movie! Thankfully, the director hs saves the best for last.

About performances, Kichcha Sudeepa shines without an iota of doubt, starting with his hard work to transform his body into a professional wrestler and then with a surprise twist to it as a boxer. Along with his regular bunch of brilliant acting skills, this time he packs it up with a powerful punch.

Aakanksha Singh infuses the much needed cute, romantic element to the tale, which is more or less about the fight of a man from different perspectives. While she is the one to watch out for in the future, Suneil Shetty makes a noteworthy debut in Kannada.

In short, Pailwaan does win the match but not before losing some games.