It helps to have David Leitch, who brings all his skills and experience into Atomic Blonde giving it a very unique signature, like his other films. 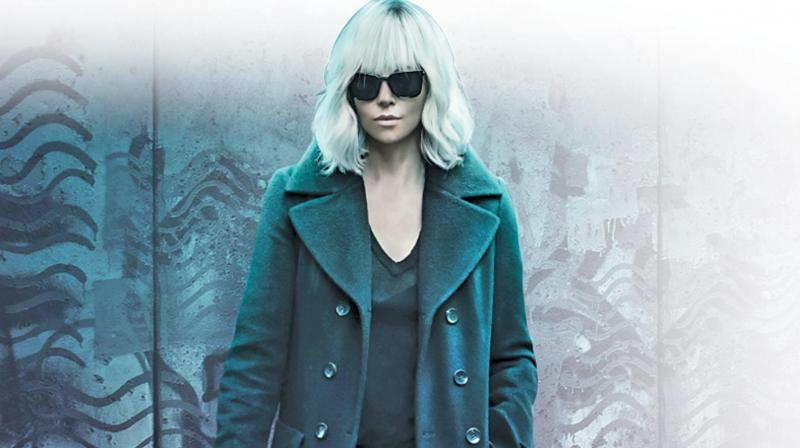 The fact that the the cold war still continues to inspire movies and books is startling, given the premise that individuals who were actively participating — spies, agents, strategists, governments — were all supposed to keep it secret, bury every piece of evidence, burn/shred records and destroy all kinds of information that could remotely be useful to the opponent, does not keep the stories from coming out is surprising. It indicates either to the collective failure of all agencies to work in secrecy and it also highlights the frail human nature. Even the highly skilled, faithful agents seem to have given in to the temptation of bringing out the secrets. This is very helpful, and perhaps provides an opportunity at an individual level to find solace and relief from guilt that participants of that era continue to live with.

Not much is known, from the available sources, about Anthony Johnston, the creator of the graphic novel titled The Coldest City which is filmed as Atomic Blonde. His previous works are equally ripe. Atomic Blonde is a thriller at multiple levels, first, like all spy agencies, MI6 too has its own politics, fight for the top positions and while the people who are at commanding positions sit in cosy offices and deserve least respect, the heartthrobs of the spectacle are always getting caught in difficult assignments. Lorraine Broughton aka Atomic Blonde, the most elite spy in MI6, is also headed for an impossible mission.

Second, there isn’t a lot of explanation in the film, characters appear without much backstory and as a viewer you are constantly trying to form connections, understand loyalties while you are overwhelmed by the onscreen violence and barrage of information in bits and pieces. You don’t get the answers even at the end, leaving you with a huge amount of mystery around everything. We know that Anthony has come out with another one The Coldest Winter as a prequel to this one, and perhaps some of the gaps will be filled in later.

Charlize Theron brings a wonderful personality to Lorraine’s character. She is sensuous, elegant and ruthless, with little room for emotion and frailty, in other words she seems perfectly in control of every situation. Her arrival in Berlin just before the fall of the wall puts her in the middle of a storm, with no one to trust. She doesn’t make any effort to engage with the viewer, no letting the audience in on the secret too. So you are always hanging on a peg, whether to trust her is also a question you ask yourself. Since the film is narrated by Lorraine, you tend to initially take up a more sympathising position for her given the scars and bruises you see her with, but soon that seems to wither away.

James McAvoy (David Percival) is rhetorical, savage and unpolished, giving you the impression that he might be a lousy agent who Lorraine is supposed to work with. In the uncensored version, David is seen waking up from a three-some night, rushing to receive Lorraine at the airport, missing her by a few minutes and their first encounter turns into an ugly one. From here on, you expect this to be an interesting mission accomplished together by the two agents who have polar differences but who might end up sharing the bed together. But then the hopes are crashed as you discover towards the end that he is a very meticulous, smart agent and only fails to escape the last bullet.

The atmosphere is very tense, there are huge political issues and intelligence agencies are trying to cover up a lot of things, in the middle of this all a critical dossier needs to be extracted from Berlin, the assignment thus is very heavily loaded. Embedded and double agents are prowling and in the middle of all this when Lorraine and Delphine Lasalle (Sofia Boutella), the French agent, exchange a few kisses, you get a peek at moments when such highly trained individuals can also be vulnerable, weak and lonely. There are plenty of scenes that get deleted due to censorship, preventing you from understanding other aspects of the characters, and it becomes difficult then to relate with pain and empathise with a femme fatale like Lorraine when you see her cry.

Atomic Blonde is a dark film, visually, and just like the world of spies most things want your attention or else they pass by quickly. It demands a certain alertness on your part to even begin to unravel this complex mystery/thriller. The second half of the film suddenly makes you uncomfortable and I found myself feeling restless looking at the screen. The violence here had no glamour, it was painful even to the viewer. There are no gadgets or flashy weapons they use whatever is available in reach, a pan, an ice pick, a bag with disassembled rifles, a record player, keys and even stilettoes. There is a lot of blood. There are no fancy cars.

It helps to have David Leitch, who brings all his skills and experience into Atomic Blonde giving it a very unique signature, like his other films. This one is going to become an interesting series to follow and perhaps develop into a cult.