The film is India's first official spin-off, being the second instalment in Neeraj Pandey's 'Baby' franchise. 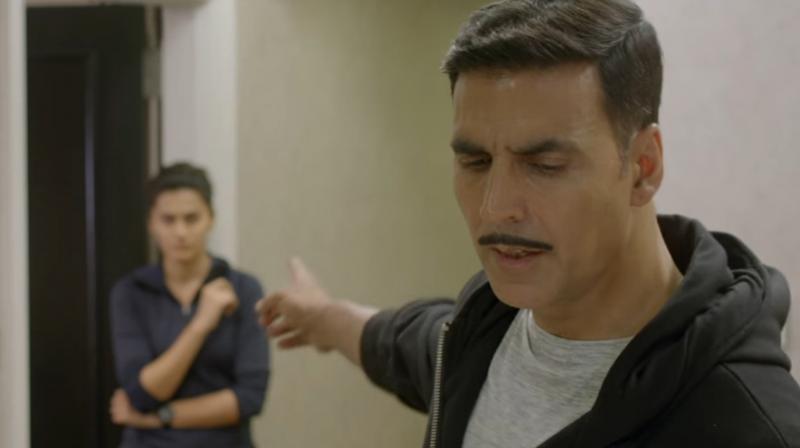 Mumbai: As much we love film songs, certain films admittedly can do without them. A man crooning his soulful lungs out while a man has just been blasted with copious amounts of lead wouldn’t make for the most credible of cinematic moments.

‘Naam Shabana,’ the second instalment in the film, claims to be India’s first spin-off, following the ‘making’ of Taapsee Pannu’s delectably slick cameo from ‘Baby’. One wouldn’t be too off the mark to expect the film to learn from its predecessor's folly.

The possibility of songs that aren't integral to the film hurting the sentiment of the avid cine-goer is high and a risk not worth the effort.

However, all this could’ve been forgiven had the songs been worth the effort.

‘Rozaana’ is based on a soothing melody, crooned by the dependable Shreya Ghoshal, but Rochak Kohli has stuck to a very predictable and over-used orchestral arrangement to back his composition. The song should ideally have lurked in you head but you might forget of its existence the moment it ends.

‘Zinda,’ rests entirely on the shoulders of another reliable Bollywood stalwart, Sunidhi Chauhan. However, the song is plagued by similar orchestral issues as ‘Rozaana,’ and might remind you of every single inspirational song Hindi  cinema has churned out, including the very memorable ‘Aashayein’ from ‘Iqbal’ and even Amit Trivedi’s superior namesake from ‘Lootera’.

Rochak Kohli has made a reinterpretation out of recycled electronic loops, which as forgettable as every other remix this year. Sukriti Kakar predominantly fails to recreate the vibrancy of the song, which doesn’t help Rochak’s cause.

Meet Bros. sign off the album with ‘Baby Besharam,’ crooned by Jasmine Sandlas. The vocalist had an uncannily similar song, ‘Brake’an Fail’ in the recently released soundtrack of ‘Machine,’ which in itself was quite similar to her own ‘Yaar Na Mile,’ from ‘Kick’.

None of the songs seem to be constructed as to propel the narrative of the film forward, but like the old saint once said, one must not jump the gun.

Bottomline is, the soundtrack screams avoidable to the listener, and maybe to the makers, in relation to their film.