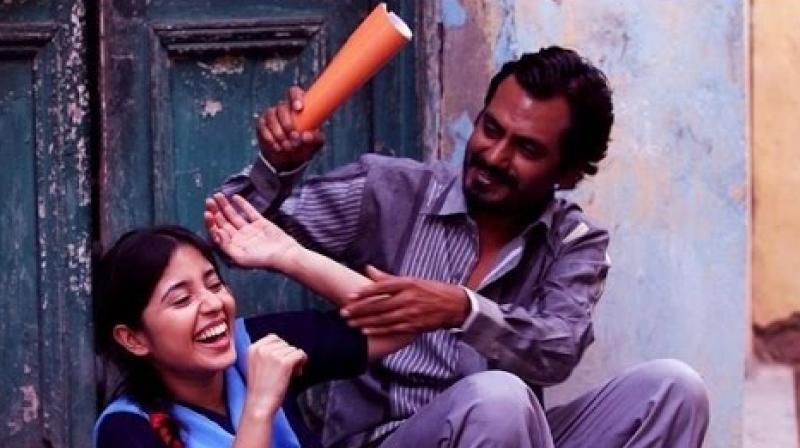 The story revolves around a school teacher Shyam Tekchand (Nawazzuddin Siddiqui), who lusts after his student Sandhya (Shweta Tripathi) but she is deeply in love with Shyam. Shyam is married to his ex-student Sunita (Trimala Adhikari). Sunita has doubts about Shyam’s alleged relationship with Sandhya but never really points it out.

Kamal (Irfan Khan), Sandhya’s classmate, secretly adores her but never confess his love. With the help of his best friend Mintu (Mohd Samad), Kamal starts spying on Sandhya and Shyam on their secret dates. Who will Sandhya choose in the end – her married teacher Shyam or secret admirer Kamal? It is interesting to see how this complicated mystery unravels.

Director Shlok Sharma returns with another impressive film in 'Haraamkhor,' after the critically acclaimed short film anthology, 'Shorts'. He stands out by showing the issue of sexual relationships with minors in the most beautiful and romantic manner. Shlok remains successful without overcomplicating the story.

Cinematographer Siddharth Diwan shows the small town in Madhya Pradesh through a vivid filter. He tactfully shoots Shyam’s lovemaking scenes with his wife Sunita. The scene where Sandhya accidentally sees her secret lover Nawaz half-naked with his wife Sunita is striking.

'Haraamkhor' has no songs except the theme music which is composed by Karan Gour along with Jasleen Royal and Vishal Khurana, and it goes well with the flow of the story. The film is technically very good barring one scene where Sunita prepares bed for an injured Sandhya, and the mic can be clearly seen tucked under Sunita’s night gown.

Kudos to producer Guneet Monga who believed in such an offbeat film subject. Despite the film being stuck for four long years, she and her team showed full conviction in portraying this story on the silver screen.

Nawazzudin Siddiqui is undoubtedly a master of his craft. His aggression and agony will win your heart. His performance is admirable in a few scenes where he teases Sandhya before making love to her. The way he carries himself as a lusty school teacher is commendable. The scene where he suddenly slips in and out of his violent character is remarkable. His performance is a joy to watch in every single frame of the film. After garnering so much fame with Masaan, newbie Shweta Tripathi surely deserves a standing ovation for her performance in the film. She pulled off the role of a fifteen-year-old girl discovering herself with great conviction. Trimala Adhikari and the two kids Mohd Samad and Irfan Khan are praiseworthy.

The biggest hiccup in the film is its slow pace. 'Haraamkhor' has good performances to watch but it won’t appeal to the masses. Since there are multiple big releases this Friday, pick this only if you are an ardent Nawazzudin Siddiqui fan or want to see an unconventional love story with a social message.