Ayogya movie review: A topical film worth a watch

Venkat Mohan’s Ayogya is a topical film that most of us would recognize as an urgent plague of our society. 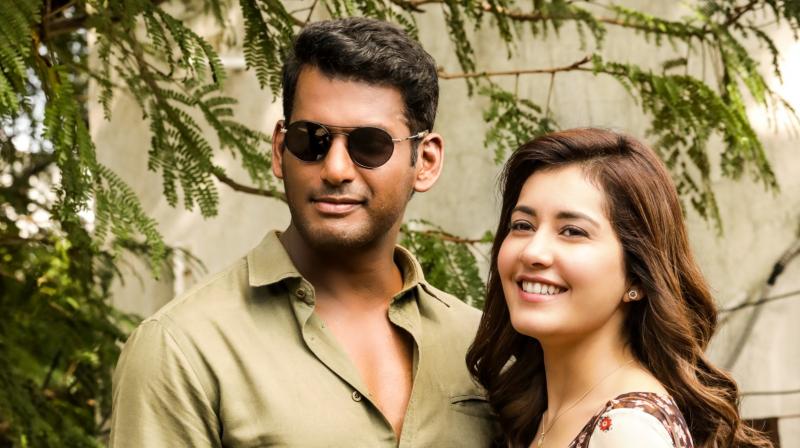 Venkat Mohan’s Ayogya is a topical film that most of us would recognize as an urgent plague of our society. Crimes against women and especially the brutality and pornographic nature of such incidents, be it in Delhi or in Tamil Nadu, has angered the nation and galvanized people to take to the streets. Ayogya entices the viewer by channeling this rage and showcasing how a morally bankrupt person can still turn around his views on such violent crimes and do something good for mankind.

Karnan (Vishal) is a cop who cares for nothing other than his bank balance. A sociopath by nature, he gives all criminals a green light because that’s where the money resides. Every criminal activity in his territory along the East Coast Road in Chennai has to have his stamp of approval, which translates to money via bribes. Initially from Thoothukudi, Karnan’s transfer is facilitated by Kalirajan (Parthiban), a drug dealer and one of the major suppliers of cocaine, heroine, cannabis and other substances in Chennai. Upon taking charge, Karnan releases Kalirajan’s jailed men (his four brothers) as a gesture of good will, thereby initiating his relationship with the drug lord.

Letting go of violent criminals has its consequences, and Karnan’s rash act means that the brothers go back to their old ways of raping and murdering. Except this time, the gruesome act had been captured in full graphic detail with a camera. This evidence comes to light, and Karnan’s connection to the crime leads him up on a path of rebirth and epic justice.

Vishal as the cop does a good job in balancing out entertainment (though going overboard at times) and gravitas in such a serious topic. His ‘bro’ Parthiban is equally good. The quick turnaround in Vishal’s moral landscape is unconvincing, and the details that lead up to the courtroom drama are put together in a flimsy manner. These problems could have largely been rectified in the script, as this is a Tamil remake of the original Telugu film. Some sensibilities just don’t translate directly from one language to another.

Raashi Khanna as Vishal’s love interest is attractive and sensitive. KS Ravikumar’s upright cop could have been more animated. Ayogya has plenty of fighting to keep you amused. The soundtrack and music of Sam CS are largely forgettable. Given the gruesome rape incidents all over the country in recent years and how women have been shamed for bringing their stories forward, Ayogya is certain to keep you engaged. Kudos to Vishal and director for not following the climax of the original (Temper) and tweaking it for Tamil, which is unusual in a film with a mass hero. The film is worth a watch for its topical nature and good message!