Phillauri music review: An out and out winner full of soul

The music of the film has been composed by Shashwat Sachdev and Jasleen Royal. 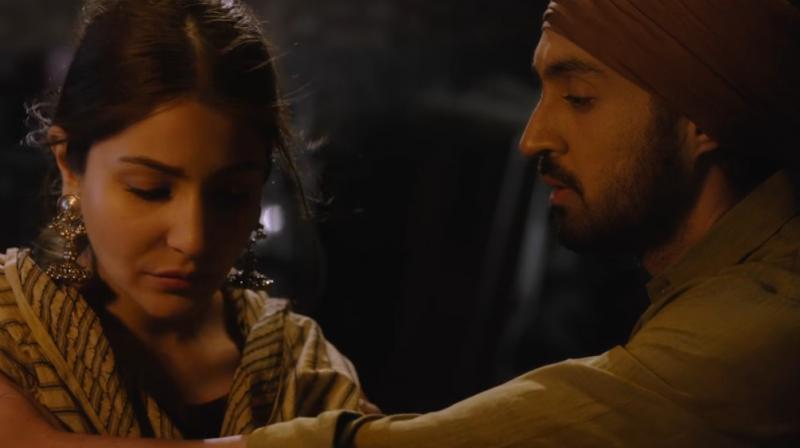 Mumbai: To pull off intentional monotony with panache is arguably the most difficult task in any form of art, especially the ones of the audiovisual kind.

Ace Malayalam music composer Ouseppachan had managed to do it to sinister effect by basing his entire soundtrack for Shayamaprasad’s critically acclaimed film, ‘Ore Kadal,’ in the Raag Shubhapanthuvarali. Every song was more distinguishably melancholic and dark than the other, yet extremely moving. The feat fetched the composer the National Award for Best Soundtrack that year.

While Phillauri’s soundtrack might not be as exceptional an attempt, it’s still worth lauding for its sheer heart.

The songs have their flavour intact with the geographic demography of the film well in perspective.

Jasleen Royal’s ‘What’s Up’ has Mika Singh do what he does best, give you the earthy warm fuzzies, with a song orchestrated well enough to drive him into his inimitable alley. Mika doesn’t disappoint, though the mildly uninventive production might prove to be a downer for the anticipative audience looking for novelty.

‘Naughty Billo,’ Shashwat Sachdev’s instantly likeable party number is irresistibly groovy, thanks to the charming energy of the dependable Diljit Dosanjh, who also stars in the film, ably augmented by the infectious Nakash Aziz and Shilpi Paul. However, what elevates the song a notch higher is Anushka’s sensuous semi-rap interlude, which gives the song a breathe of fresh air, thanks to her own gloriously feminine timbre.

Jasleen’s ‘Dil Shagna Da’ might give a blatant sense of Déjà vu, since on first listen, it almost sounds like a reinterpretation of her own ‘Kidre Java’ from ‘Haraamkhor,’ with mild orchestral modifications. However, the orchestration and scale shift does impress you, especially the subtle implementation of the Sarangi towards the outro.

Shashwat's 'Bajaake Tumba,' works primarily courtesy vocalist Romy, who infuses the quintessential Punjabi tinge into the song with a quirky effortlessness that he displays with similar effectiveness, albeit in a diametrically different song, ‘Sahiba’.

The ballad, with familiar Sufi undertones that might be uncannily reminiscent of many of its Bollywood predecessors, might have not worked with any other singer, relentlessly building on Romy’s raw yet mellifluous appeal. He also has commendable company in the husky yet evocative Pawni Pandey. The song hits a gradual yet beautiful crescendo, transcending the listener onto a sense of near devotional trance.

However, the pick of the lot is the beautifully constructed ‘Dum Dum’ a dedicatedly Sufi number, capturing the tranquility of the genre in abundance, in all three versions.

Romy once again proves he is a talent to reckon with, augmented by Vivek Hariharan’s backing vocals. The song has a percussive architecture quite similar to ‘Sahiba,’ but doesn’t sound repetitive thanks to its resolutely restrained composition and ambient production, never compromising on its core.

The Hindi and Punjabi versions are adequately appropriate with a mutually exclusive existence, inexplicably enough. Diljit’s Reprise version, much in tandem with his highly appreciated rendition of Amit Trivedi’s ‘Ikk Kudi,’ plays on his strengths and hence doesn’t get clogged down by Romy’s superlative interpretation.

The monotony might force one to overlook the subtler nuances of this well-crafted soundtrack, but rest assured, it deserves the time you might want to invest in it.