The Space Between Us movie review: In search for a home 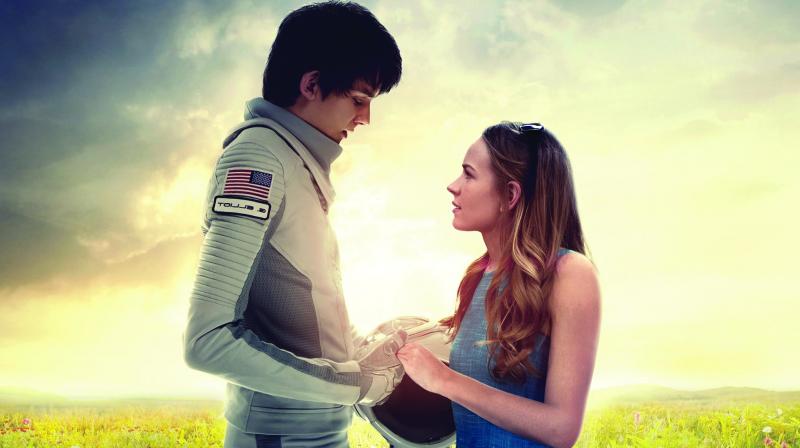 A still from the movie The Space Between Us
Rating:

The dream of setting foot on another planet has been one of the dearest that mankind has had ever since it overcame the idea of Earth being the centre of the universe. The fascination has expressed itself in multiple forms be it paintings or poetry or stories that passed down from generations. Cinema was able to take it further with its plasticity, allowing viewers to experience what it might be like to be on another planet, visually at least. We have come a long way from A Trip To The Moon in which Georges Melies provoked the imagination of the average viewer more than a century ago.

In the last few years a number of space exploration films have laid a lot of emphasis on several aspects of this journey, which we might take one day as a civilisation. The Space Between Us is just another film about the same subject but while other films have focused mainly on being able to reach the distant object this one is about coming back. Suffice it to say that the film is barely bearable.

Asa who plays Gartner, a child born in space who grows up on Mars and is kept a complete secret from Earth, is 16 years old and longs for his mother and wants to come back to Earth to meet his father. It is strange to me how someone who grows inside a capsule surrounded by scientists far removed from life, as we know on Earth would long for a family. It was an upbringing in such controlled environment where there are just individuals, no families. How is it then that Gartner wants to come back, isn’t Mars his home? To counter that you might say: it is a recent human settlement and one cannot rule out the stories and information that other people have carried with them. If it is a recent settlement, how is it that the communication system is so advanced that he is able to chat with Tulsa on Earth in real time? The last film I saw clearly mentioned that it would take several minutes if not hours for a message to be relayed between the two planets. I guess the science fiction was not so much about science as it was about fiction.

The other fascinating thing is that in the time when the film is set, it is possible to make a flight from Mars to Earth to simply fulfil a child’s wish, I mean whatever happened to the fuel requirements and the immense amount of time and technological investment required for a flight back. For those of you who are aware of the Mars One project, I for one had also applied, it is a one way ticket, meaning, you can only go to Mars and try to establish a colony, you can never return. I think this film is simply to allay those anxieties that people had about what happens when the astronauts on Mars have children, will they ever be able to see the beautiful sunsets, the wonderful landscapes and the water-so much water?

I also think the film is an expression of nostalgia, one that will develop in times to come, when we would have made it to the rocky terrains of a neighbouring planet and we would very dearly miss the home back home. The extra-long unnecessary chase that happens on Earth is just a symptom of that nostalgia combined with the joy and excitement of seeing it for the first time or the last time. We are really close to breaking the frontiers of space, closer than we have ever been, not in thought but in our ability to do so. I am very hopeful about us being able to find a new home, and we must do it soon.

Tags: movie review, the space between us, asa butterfield