The film is not as dark as the Anurag Kashyap 'genre', but the overall treatment is edgy and thrilling alongside the universal appeal. 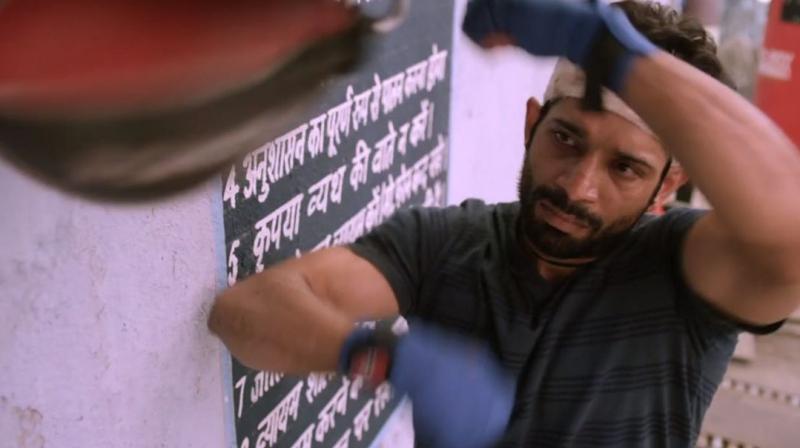 With his last two duds Bombay Velvet (2015) and Raman Raghav 2.0 (2016), writer-director Anurag Kashyap has been clearly made industry’s question mark. Tagged as one of the most intelligent directors of our country, Anurag saw a lull after his form of storytelling didn’t create a spark with the audience. The director is back with yet another engaging story which is the journey of a rising boxer who meets challenges to achieve name and fame. Love story being the core premise of Mukkabaaz, Anurag packs a punch with its subtext of boxing.

Shravan Kumar Singh (Vineet Singh), an uneducated lower caste guy from Bareilly aspires to become a top-class boxer. He lives a miserable life with his nagging old father Vijay Singh (Rajesh Tailang), a submissive mother, who is controlled by her husband’s bureaucracy, and a loving younger sister who ensures his brother focuses on his dream.

Bhagwandas Mishra (Jimmy Sheirgill), a brash ex-boxer heads the boxing committee for youth. He is a self-proclaimed goon of the city who uses his muse Shravan for his personal favours and in return, sanctions his dream to become a boxer. Shravan falls in love with Bhagwandas’s niece Sunaina (Zoya Hussain) who is unable to speak by birth. Shravan’s life changes upside down when Bhagwandas asks him to choose between his passion and love. What he chooses is what the film all about?

Vineet Kumar Singh delivers an honest performance and is devoted to his role. His ripped body and one-liners are an absolute treat. Spending nearly two years on this film, Vineet surely shines bright and is on his way to attain star status with this one.

Debutante Zoya Hussain is clearly a winner in the role of a mute individual. She seems to be more natural than deliberate. Jimmy Sheirgill embraces the film with utmost dedication throughout. He makes you feel disgusted about him as an evil goon. Ravi Kishan delivers a wonderful supporting role in his brief part. Nadiya Ke Paar fame actress Sadhna Singh is good in the role of a meek and helpless mother.

In a country where sportsmen struggle for respect, Mukkabaaz is also about the neglecting phase of boxing in small towns. The highlight of the film is its soundtrack that pushes the story ahead with its satirical words, including the track Paintra by Nucleya with boxer boys on the banks of Ganges in Banaras. Written by Anurag and Vineet himself, Mukkabaaz packs a solid punch with its gripping narrative and spellbinding dialogues. Most likely based on a true story, Mukkabaaz is a well-knitted tale of love, passion and revenge.

Hardcore Anurag Kashyap fans may be a bit disappointed with its happy ending and moreover, less of blood bath unlike his films. Though Mukkabaaz is not as dark as his genre, the overall treatment is edgy and thrilling alongside the universal appeal. The film is definitely a milder version of the director, but there is not a dull moment in the movie either. Book you tickets now!