The film's trailer has already impressed with its innovative and hilariously conceptualised theme and lead acts. 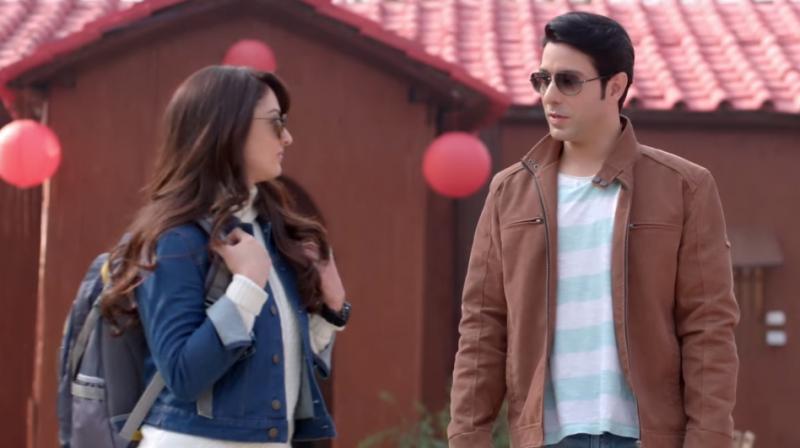 Mumbai: It’s not everyday that you get to listen to a competitively assembled soundtrack for a relatively small film. The richness, and passion that have gone into the making of these songs then inadvertently end up working in the film’s favour.

The soundtrack starts off with the very infectious title track, crooned by Divya Kumar, who never fails to render his rustic energy to every song he lends his voice to.

The song, composed by Rishi-Siddharth to the lyrics of Alaukik Rahi, is flanked by a very traditional and peppy orchestration, with ample amounts of playful Shehnai thrown in. The song also implements the very popular ‘Baaraat’ tune as its main hook to great effect.

‘Belagaam’ is a simple, innocuous romantic ballad, with some vintage harmonies elevating it to a very pleasant territory. Sung and composed by the very evocative Shiraz Uppal, the song is based on minimal percussive rhythm, playing on its catchy melody.

‘Tum Jaan Lo’ is the quintessential song for the lovelorn, that has a relatively repetitive melody, but works largely thanks to the soothing rendition of Sameer Khan. You can’t be blamed for being reminded of a few too many recent Bollywood numbers that streamed through similar vein, but you won’t want to hate the song either.

‘Maula,’ inarguably the star of the soundtrack, is a superlatively composed Sufi rumination, that reminds one of AR Rahman’s ‘Arziyan’ and ‘Kun Faaya,’ putting you into a similar state of tranquility. Composed by Ali-Ghani, the song has been delivered by Ghani Mohd, Sameer Khan and Amjad Khan. The song comes of its own once the percussion kicks in, with some transcendental use of the Sarangi and the harmonium. The song is truly one of the better Bollywood compositions in recent times.

The film, filled with newcomers and unknown faces, is evidently blessed with a well collated pool of songs and it would be a shame if the efforts go unnoticed. Definitely worth a ear at the least.