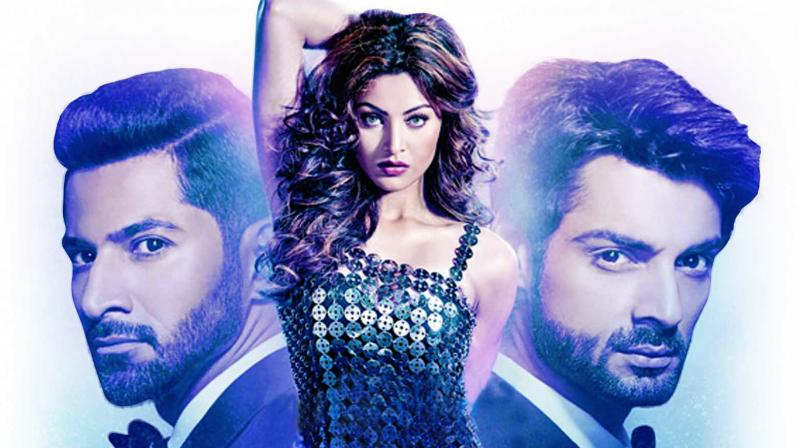 Directed by Vishal Pandya, Hate Story IV is one of those films, which leaves you wondering what it was. The film is a stale cocktail of lust, betrayal, revenge and vengeance. Interestingly, no actor seems to be even trying to act. Hate Story IV has a poor plot with a flawed execution.

Like the steamy scenes in satin lingeries as shown in the trailer, the film wouldn’t disappoint you on the skin show quotient. From the first frame, Hate Story IV has only sleaze to offer. The songs have been used as a promotional tool to grab the audience to the theatres, especially Aashiq Banaya Aapne and Naam Hai Mera. Urvashi and Ihana try enough to woo by undressing themselves, but the fun gets spoiled when it is not required. And what was dialogue writer Milap Zaveri thinking while penning down the dialogues? They are cheesy and ridiculous. It looks like with every instalment Hate Story franchise is decaying.

The acting by the lead cast is a yawn fest. Model-turned-actor Urvashi Rautela leaves you infuriated with her dreadful facial expressions. Her overdone make-up and skimpy clothes does rest of the damage. Looks like debutante Ihana Dhillon is sailing in the same boat as she hardly acts and seems to be far away from her mark. Vivan Bhatena is barely passable and also his  funny dialogue deliveries, especially in the intense scenes, are comical. Karan Wahi is the only saving grace in the film and somewhat lives up to the expectation. There are unnecessary songs in the film, which have no sync with the narrative of the story. Gulshan Grover is shockingly loud and unnoticeable. Cameos by Tia Bajpai and Shaad Randhawa are just about average.

Hate Story IV has so many twists that after a while you start recollecting Abbas Mustan’s hit multi-starer thriller Race. Writer Sameer Arora’s story is complex for no reason and the way it is narrated is laughable too. Once the film is on the verge of unfolding the truth, you are bound to feel that Hate Story IV is a modified version of its own previous franchises.

Watch Hate Story IV only if you are an ardent follower of the franchise, else it’s not a good pick.