When Rajini Sir arrives, it’s as if the screen itself folds from both ends to bend down in a respectful namaskaram. 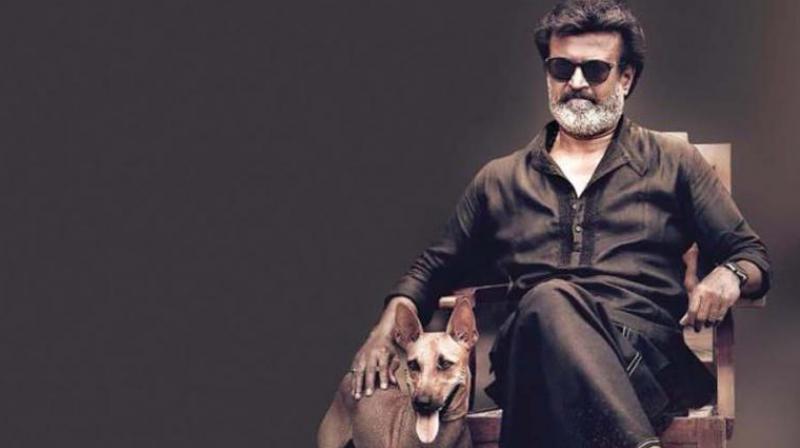 Rajini Sir’s films must not be watched with the critical eye that other films require. If you do that, you’ve completely missed the whole bloody point of a man whose name in the opening credits doesn’t simply appear as “Rajinikanth”.

First, there’s a pause in the credits before light bulbs come on, one by one, forming the words SUPERSTAR, and wedged in between these two words appears, just, Rajini.

That’s not an announcement about an actor starring in a film. It’s a proud declaration that we are about to witness a phenomenon, so, kindly, mind it, and brace yourself.

Thus, films that have the privilege of having him in their midst can only be judged on one scale — are they worthy of his divine presence, or not.

Mostly, these days, they are not.

While Rajini Sir is always poised for action and drama, and we treat his screen outings as occasions to genuflect to his power and bask in the glory of his ishtyle, problem is that these days directors are his gurgling fans too. So they treat the superstar as a reverential, almost mystical presence who must not be disturbed, bothered or touched too much.

They seem to think that handing him dialogue, or a scene in which he has to act, would be considered so rude that the skies will open their third eye and make bhasam of them with one sharp laser ray.

So their films are built around him, not with him. Thus, reducing him to a prized guest for whom a gargantuan, thrilling and long carnival has been organised to which he has been invited for ribbon-cutting. After that he is simply required to walk through it smiling, at times folding hands to the surging hordes being held back, getting on to the stage for a bit to show his two-three cool moves, talk to this one here, take a group photo there…

Despite some stunning fight sequences shot by cinematographer Murali G and the climatic riot of colours that is mesmerising and intriguing in its choreography, Kaala falls short as the vessel that gets to hold the magical superhero Rajini Sir for this season.

Though the two-three whistle-worthy dialogues and antics of Rajini Sir captured in loving slomo — including a lungi-shifting, thigh-flashing moment before he does mother-father of all bad guys — the highs are too few and not thrilling enough.

In its sweeping introduction, Kaala, through comic book illustrations, tells the story of the yudh that man has always fought over zameen. Power, it says, has always belonged to the one who has owned zameen. This was the code in Stone Age and still is. Wars have always been waged on nations, on people, and its concern is the latest target — India’s urban poor, specifically the slum-dwelling people of Dharavi, in Mumbai.

The film tells us how the land mafia, politicians and administration are continually conspiring to throw out the “ugly menace” of shanty towns and in their place have gated luxury resorts devoted to servicing people living in glitzy, tall buildings.

The words used to clear land of the squatting millions are usually the same — swachchhta, gandagi and clean development…

Dharavi, which has a very high concentration of Tamil population, and is a multi-religious, multi-ethnic shanty town, exists peacefully under the firm sharp eye but generous spirit of Karikaalan Kaala (Rajinikanth).

Kaala, in a black linen kurta and dhoti, is a benign mixture of real-life dons Haji Mastan and Varadarajan Mudaliar inasmuch as he loves the people of Dharavi and the people of Dharavi love him. Also, like Mudaliar, Kaala was born to a union leader who was killed. There is no illicit trade, no underworld connections, of course.

Kaala is just a moral force who protects his people, their livelihoods and the right to their land from any evil roving eyes, but especially those of politician Haridev Abhyankar (Nana Patekar), the head of Navbharat Rashtra Party.

Hari, along with his key henchman Vishnu Bhai (Sampath Raj), and obliging cop, Patil (Pankaj Tripathi) has repeatedly organised bhoomi poojans for some big, powerful builders project, with all the approvals, court orders for eviction and bulldozers. But Kaala has always thwarted his efforts.

But the menacing goon-turned-politician, who often says, with an entitled evil cackle, “I was born to rule”, won’t give up.

Kaala, who lives with his wife Selvie (Eswari Rao), sons Selvam (Dilpeean), Lenin (Manikandan) and their families, isn’t just sharp and fearless, but puts the interest of Dharavi above all bonds — familial, romantic or whatever.

So he stands up against his own son, and Zarina (Huma Qureshi) who arrives with much fanfare, talking of tenders, architects, ghar-ghar mein toilet.

The development project this former resident of Dharavi is pushing is more like a subtle eviction order, and though Kaala and Zarina have some past history that lingers, he doesn’t flinch once before opposing her as well.

But then, Hari decides to use her, and the old, bloody enmity returns.

Director Pa. Ranjith, along with the screenplay writers, puts Rajini Sir at the centre of two cozy worlds — the first is his own close-knit family, and then there’s the larger family of the blessed meek of Dharavi.

Because Rajini Sir is always cast as some of avatar of some God, his allegiance to people is always greater than his love for own blood. His moral compass is always pointing at the bad guys.

There’s a deliberate tawdry touch to Ranjith’s direction in scenes with the immediate and the larger family.

There are garrulous people who are constantly speaking of Kaala as a creature of mystical, physical and mental powers. They talk over each to reinforce the importance of Kaala, the strong bonds he shares with them, the rules he lives by, while always keeping the patriarchal set up intact. There are some modern dashes to the world they knit around the messiah, but he’s the one who hears the wail of a mother as a clarion call to rise and destroy. He does so at great personal cost, often.

Often there’s no logic to scenes — dance sequences are bunged in at random — or to the casting of Huma Qureshi, 31, opposite Rajinikanth, 67, though the film tries to address this age gap.

But these are flaws that make the delightfully middlebrow but magical world in which Rajini Sir exists.

These days it’s interesting to read film and figure which side of the political divide they lie.

Whatever may be Rajini Sir’s personal politics, his film believes in the Hindu-Muslim bhai-bhai credo and paints tilak-wearing, parochial politicians saffron.

A lion roars from the posters of Hari, and his talk of a clean, pure, swachchh city is a cover for his power-grabbing agenda.

He also speaks of patriots and anti-national elements.

The film builds up Nana Patekar’s arrival, and gives him a meaty role that he digs his teeth into with the joy of an actor finally finding that he’s up against a worthy opponent.

His Hari is unlike the loud and voluble characters he usually plays. He plays Hari with long, silent glances and scary stillness. That fear will stalk you long after the film is over.

When Rajini Sir arrives, it’s as if the screen itself folds from both ends to bend down in a respectful namaskaram.

Though the film makes him fight several long battles, it doesn’t give him any weapons because Rajini Sir is a weapon unto himself.

He fights goons with an umbrella, and when he punches one man, the force of that punch turns that man into a missile who destroys his own three men.

I just wish that Ranjith had given some real scenes with dialogue to Rajini Sir. Then his film too would have been like an unstoppable missile.

It’s possible, I tell you.