Director Steven Spielberg returns to the top form with an impressive drama based on the powerful true story. 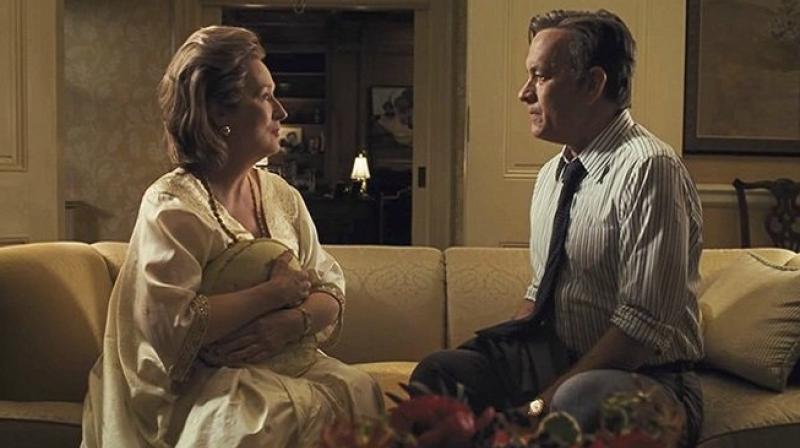 'The Post' brings together a fantastic trio of Steven Spielberg, Meryl Streep and Tom Hanks first time in the film.
Rating:

'The Post' recounts the 1971 publication of 'The Pentagon Papers', the collective study initiated by the Department of Defense that summarized the United States' involvement in Vietnam between 1945 and 1967.

The film mainly revolves around The Washington Post's first female publisher and president, Katharine 'Kay' Graham (Meryl Streep). Kay must bump heads with her Editor-in-chief Benjamin Bradlee (Tom Hanks), who is an outspoken supporter of freedom of the press. The dilemma of Graham and Bradlee to reach an extremely tedious decision of publishing the papers forms the narrative of the film. 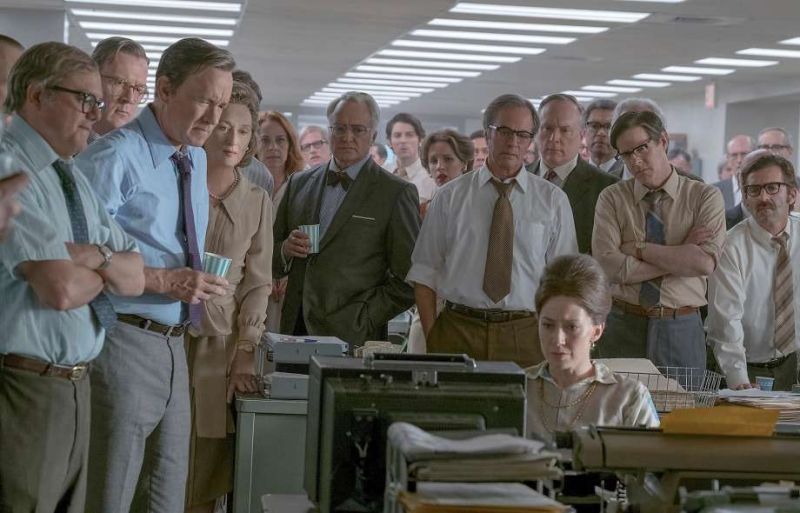 Steven Spielberg simultaneously worked on 'The Post' and his upcoming CGI-heavy fantasy film 'Ready Player One'.

Director Steven Spielberg returns to top form with an impressive drama based on a powerful true story. The journey with these reporters to uncover and publish the truth will have you engrossed and captivated. Spielberg and the scriptwriters Liz Hannah and Josh Singer brilliantly tweak the real story into a compelling drama.

With that said, even though 'The Post' is lean and concise, it's not especially subtle. The message of free press starts to become too preachy. The initial 30 minutes take time to introduce us to the setup and thus feel bit stretched. But after the lukewarm start, the brilliance really kicks into high gear in the second half of the film. It's put upon the audience to pay close attention thereupon, because the film doesn't stop moving. And the result is us feeling included and caring about The Post's dilemma and its ultimate decision.

Meryl Streep and Tom Hanks co-star as Graham and Bradlee, and they are fantastic in their respective roles and even better in their chemistry. Streep has added yet another winning performance to her scintillating filmography. She amazingly creates Kay Graham, after portraying real-life women such as Margaret Thatcher, Julia Childs, and Lindy Chamberlain. One of the miracles that Streep manages to perform again is that one forgets that it is her a second after she appears on the screen. Tom Hanks once again proves his caliber in playing hard hitting characters. His portrayal of Bradlee is immensely moving and real. It's the solid lead performances by Streep and Hanks that gives ‘The Post’ its beating heart. The supporting cast is great, too. Carrie Coon as Meg Greenfield and Bob Odenkirk as reporter Ben Bagdikian stand out.

Despite its strong themes, 'The Post' never fails to entertain the audience with neatly done mawkish humour. It’s funny how a film that is set in 1970, is still so relevant, especially in today's political time. It is so obvious that Spielberg wants to make some sharp remarks at the man currently sitting in The White House. And in the reflection, it also gives strong moral values to the media and the importance of the press in the democracy.

This movie isn't 'Spotlight', but it is one of the better journalism movies made.

In a scene towards the climax of the film, a reporter reiterates the message from the judge: "In the First Amendment the Founding Fathers gave the free press the protection it must have to fulfill its essential role in our democracy. The press was to serve the governed, not the governors."

If people take one thing away from this film, let it be that.