Fukrey Returns movie review: Gives you a reason to laugh out loud 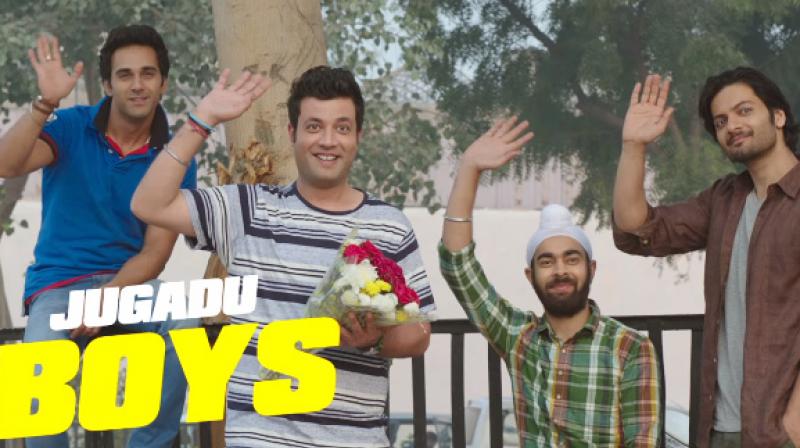 Director Mrighdeep Lamba is back with 'Fukrey Returns', a sequel to the most surprising box-office hit of 2013, 'Fukrey'. The coming-of-age comedy film 'Fukrey' dealt with the lives of four good-for-nothing college students who come together to earn easy money, but instead gets into the trap of local lady goon, Bholi Punjaban.

Bholi Punjaban (Richa Chadha) comes out of the cell after a year of imprisonment and hunts for Honey (Pulkit Samrat), Choocha (Varun Sharma), Zafar (Ali Fazal) and Lali (Manjot Singh) to retrieve her money.

But this time, the trouble doubles up for the gang as the hilarious Choocha foresees the future, and cooks up the entire new adventure to repay the money to Bholi.

Mrighdeep Singh Lamba strikes the right balance in keeping the comic flavour alive in the sequel. Set entirely in Delhi, the fun element is intact. First half is hilarious; however, second half dips down, later picks up the pace but in vain. The film has a convenient closure to the ongoing mess which is slightly disappointing, especially in the climax. Director smartly represents the scam of Commonwealth Games held in New Delhi. The humour quotient fades off post interval and gets overshadowed by the current political system of the country. Overall, 'Fukrey Returns' is funny and entertaining.

In this much-talked sequel, Varun Sharma, who plays Choocha, steals the show completely. He just blows you away with his comic timing and dialogue deliveries. He inarguably shines bright amongst the rest of the star cast. Pulkit Samrat, who is in true love with Priya Anand, looks good in his Delhi-boy image. Priya has a short role but is noticeable. Ali Fazal is impressive in his less talkative and intelligent role of a coach who plans to get married to his girlfriend Neetu. Manjot Singh looks good when he is in trouble, his expressions are rib-tickling.

Richa Chadha as merciless lady goon Bholi Punjaban is remarkable. Her strict tone and skimpy clothes does wonders to her on screen. Pankaj Tripathi, who plays Pandit Ji, speaking English with ease is amusing.

The film funnily takes you back to the first Fukrey with few moments which are refreshing to watch. However, the twist in this one could have been executed in a better way, but it won't disappoint you either. Spend your weekend with 'Fukrey Return's as it gives you a reason to laugh out loud.