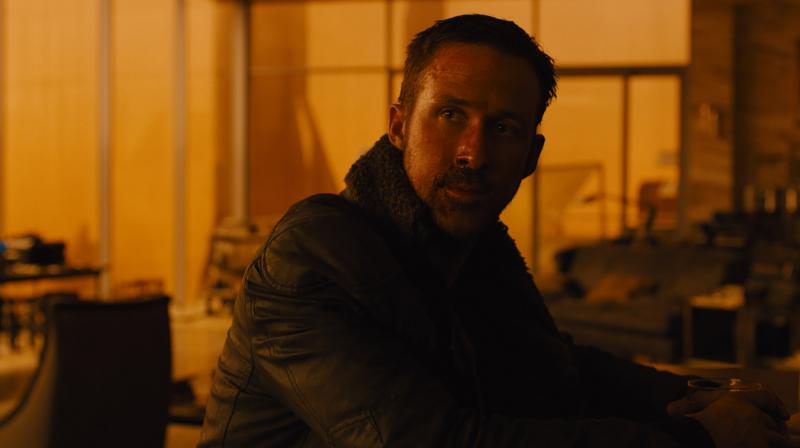 Blade Runner might not have been the finest piece of cinema (contrarian discourse is welcome), but sure has acquired one of the biggest cult followings cinema as a medium has known. Though not short on its fair share of merits, the film seemed inadequate in front of Terry Gilliam’s riotously smart Brazil, a retro-futuristic dystopian satire- the first of his trilogy. However, 35 years down the line, if there’s one director who could produce a worthy ‘replicant’ to Ridley Scott’s commendable vision, it’s Villeneuve. And that, the auteur does.

Villeneuve’s Blade Runner 2049 is grim, gritty, appropriately allegorical and morally ambiguous, sans an iota of brute force. Ridley Scott, with his alarmingly precognitive visual and mortal landscape, had done to the then generation what Black Mirror has consistently been achieving with millennials.

Set in 2049, hunt for outdated replicants is as rampant, with the plot following a very sombre LAPD official, K (Ryan Gosling), in his quest to religiously follow his lieutenant (Robin Wright in an inspiredly tenacious act). The more he delved, the more mysteries surrounding his own past confronted him.

The film, rich in visual poetry is as much Roger Deakins' as much as it is Villeneuve’s. The latter, who proved a good science fiction fare might not need visual, CGI-laden extravagance to prove a point with 2016’s staggering Arrival, reiterates it with this one that, science fiction is much beyond the dispensable realms of visual effects.

Blade Runner 2049 is replete with odes, both subtle and blatant, the most prominent being K’s ‘romantic liaison,’ eerily reminiscent of Spike Jonze’s superlative Her. Particularly similar is a certain intimate moment in the film.

Kafka himself is referenced in K’s trajectory. A loner in a world of his kind, the casting of Ryan Gosling might have looked apt on paper, but fails to translate effectively on-screen. Often through particularly poignant scenes, the actor seems to be unintentionally holding back a giggle or two, much like his stint on Saturday Night Live.

However, the most blasphemous miscast is Jared Leto as the sinister, blind Niander Wallace, the replacement to Joe Turkell’s electrifying Tyrell from the first instalment. Despite his unquestionable talent, Leto is a clichéd liability, one that could hitherto have been avoided had a relatively less A-list face been cast.

Be as it may, Blade Runner 2049 is still a sequel towards the right direction, one of the better ones of all time, that trumps the original. Where the film scores is in enabling its characters, letting their emotional sense of judgement ride and anchor the plot instead of leaving it all for the yearning scenarist’s inferences.

Though the film has Gosling in every other frame, it’s a regurgitated Harrison Ford who steals the show in a performance that could very well have been mistaken for an extended cameo. In a stint that is one of the better performances of his illustrious career, Ford’s Deckard is determined, vulnerable, broken and emotionally stunted. Despite its gratingly predictable twists, the film works wonders when it comes to putting across contemporised social commentaries aided by metaphorical plot arcs.

The relevance of an effective background score in cinema has been established since time immemorial, right from Bernard Hermann’s ‘shower alarm’ from Psycho, to the scores of Martin Scorsese’s Shutter Island  and Villeneuve’s own Arrival, for that matter. Hans Zimmer and Benjamin Wallfisch’s score works wonders for this dystopia, albeit often distracting.

At 163 minutes, the film might induce a sporadic snore too many, but Deakins, if not anyone else, deserves your while for the stunningly ominous visual doom he’s created.

Maybe it’s time Hollywood stopped hyping its sure-fire blockbusters pre-release, for Blade Runner 2049 deserved to have been devoured before it had already been labelled a masterpiece, because that’s everything it could have been and everything it is not.