IT movie review: Float at your own risk 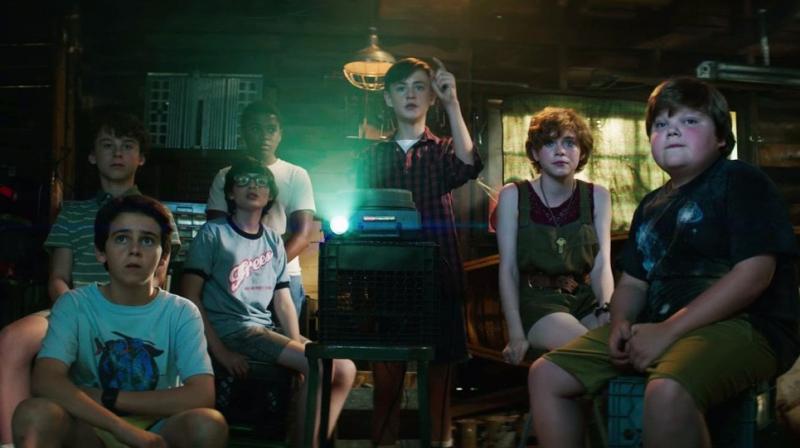 In one of the earliest scenes in the film, a young boy is shown chasing a waxed boat through a stream on a torrential, rainy day. What should have otherwise been an innocuous representation of childhood revelries is then marred by an ominously woven background score, spelling impending doom for the hapless kid, at the hands of a paranormal clown.

Fifteen minutes into the film, the film’s heavy indulgence and dependence on its background score to induce the proverbial chills become amply evident, as it proceeds on to dole one clichéd horror trope after another, with alarming uninventiveness.

IT, one of Stephen King’s most acclaimed works, has had a 1990 adaptation, but the sensational trailer of Andy Muschietti’s adaptation had raised hopes of a superlative spine-chiller. However, the Mama director has very evidently failed at recreating King’s sinister vision.

IT, taking a cinematic liberty, is set in the late 1980’s (The book is incidentally set in the ‘50s), and is about a sombre American town, where children disappear with distressing frequency.

Bill, a stammering soft spoken kid, has been finding it hard to deal with his younger brother Georgie’s (Jackson Robert Scott) disappearance and refuses to assume him dead for good, unlike his parents.

The visions that the children endure are customised by the clown, based on their fears and phobias, who self-admittedly ‘feeds on fear’.

Horror, as a genre, has the misfortune of having to be innovative with its plot points, for what’s once managed to scare the audience, would not the second time round, in all probability.

The film’s failure at coming out of the established mould of modern horror is palpable, in despite of the base content at disposal being rich enough. The twists and shrieks can be seen coming from nautical miles away, and the background score, gratingly botched up to make up for the lack of visual terror, anti-climactically enough, acts against it, being rigorously distractive, more often than not.

The makers’ decision to base it in the 80’s, seems to have been adopted from the global success of ‘Stranger Things,’ a series that was itself set in the period and dealt with kids battling all things ungodly. IT furiously tries to emulate the recipe, but ends up looking like a miserable parody at best. What works against the film the most is how outdated it feels, something that the critically acclaimed series succeeded at, making it look more like a nostalgic throwback to the era of Stephen Spielberg's glory.

The unintentionally funny attempts at creating conflict among the kids, to make the audience root for them, also falls flat.

Bill Skarsgård had a big responsibility, in trying to steer clear of the performance of a certain Heath Ledger as a very famous clown- probably the most famous of them all. And credit where it’s due, the youngster is terrifying to the core in almost every scene he is a part of, rendering the iconic character a clandestine individuality.

The kids and their camaraderie have to be the primary saving graces of the film, with their individual performances visibly feeding off each other. Particularly brilliant were Finn Wolfhard, who was also a part of Stranger Things, Jack Dylan Grazer and Ben Hanscom. Ironically, one of the better moments in the film are actually the funnier ones, when Bill and Ben try to impress Beverley in their own innocent yet inimitable way.

Indulge in this misadventure if horror works for you in spite of the repetitiveness and the good old mirrors, open doors, shrieks and shrills still scare the daylights out of you. If not, go grab a copy of The Shining and let Jack Nicholson do his job.