Game of Thrones S07E04 review: Dragons vs humans has never been more fun

The episode threw forward the most exhilarating war sequence since Season 6's Battle of Bastards blew us apart. 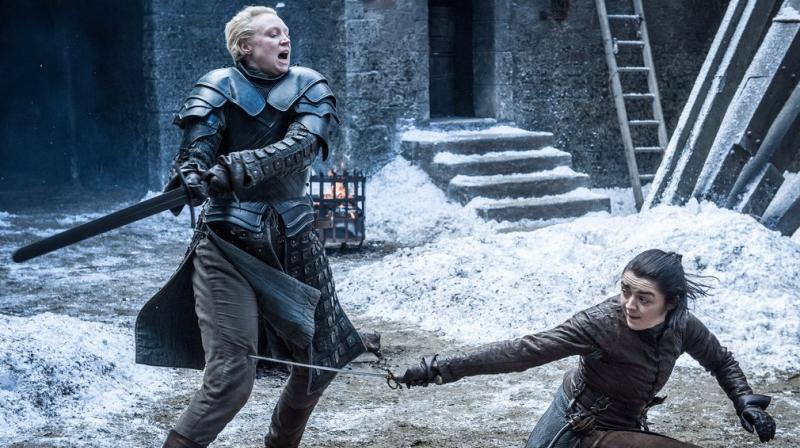 Mumbai: Arya Stark is not a hyperactive pre-teen adrenaline junkie anymore. Sansa Stark is not a cerebrally challenged no-gooder anymore. Jon Snow is definitely not just a bastard to be sympathised with anymore. And Bran Stark has already seen all seasons of Game of Thrones.

The global phenomenon started off as an explicit root-fest for the Starks, with the yin and yang clearly chalked out. Jaime Lannister used to be a despicable, incestuous, immoral warrior. And post arguably the best character development of all, you want him dead no more.

The Spoils of War is one of those unequivocal triumphs that the show has consistently been belting out, with swift plot development and swifter conflicts. The episode is Robert McLachlan’s cinematographic triumph, with visual artistry at glorious display.

Daenerys Targaryen’s gradual descent into stark apathy towards human life was never more discerning, and her staunchest allies seem to have grown immensely wary, very much to her own potential future plummet from the throne. The growing sexual tension between the Khaleesi and Jon Snow alludes innately towards the series’ christening, and you tend to approve of it. Well we never resisted incest, did we?

The Stark reunion, seven seasons down the line could have been a truly emotional moment, and it inconsistently was, but for the diametric change in personalities wasn’t lost on the siblings. It isn’t lost on Petyr Baelish, either.

Game of Thrones is a show that primarily works on its ridiculously thrilling politicisation and strategising apart from the usual suspects, and Petyr Baelish has been a loyal contributor to the scheming. But the character’s trajectory seems to have stagnated, and by the looks of it, end is nigh for the self-made fox.

The climactic show-off between Jaime’s army and Dany’s Dothraki led, Drogon fueled ambush has to be the best war sequence in the show since last season’s delectable Battle of Bastards, and the climax does leave you with a breathe or two less.

However, the true show-stealer has to be the replenished ‘Samurai’ Arya dueling Brienne of Tarth.

This is the Game of Thrones we deserve.

Tags: game of thrones review, the spoils of war