Chef movie review: A satisfying dish with its multiple flavours

The Hindi remake of the 2014 Hollywood film is filled with emotions and is culturally sensitive that makes it a great watch. 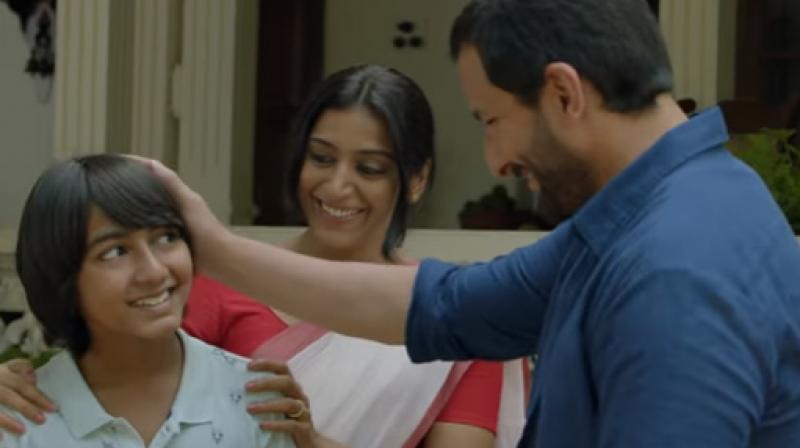 A still from 'Chef.'
Rating:

In 2003, when director Raja Krishna Menon marked his debut with the small-budgeted 'Bas Yun H'i starring Nandita Das and Purab Kohli, he was touted a good storyteller without much eye for the commercial.

Later, he directed 'Barah Aana' with Naseerudin Shah, a film that garnered much critical acclaim. For the four years next, he made ads.

Then in 2016 came Raja’s big break, 'Airlift' – a racy story about an event in history that gave Raja his first taste of a commercial blockbuster.

Raja is back within a year with 'Chef' , an official adaptation of Jon Favreau's movie by the same name in 2014. We all now the story -- a chef who loses his job at a popular restaurant, attempts to start afresh by setting up a food truck, ending up rediscovering ties to his once dysfunctional family.

Saif Ali Khan plays Delhi boy Roshan Kalra who has aspired to become a celebrated chef since childhood against the wishes of his aging father. His brief marriage to Radha (Padmapriya) results in son Aary (Svar Kamble), who emerges later to be a bridge between Roshan’s failing present and his aspiring future.

After Roshan is forced to leave his cushy job as a restauranteur, the dejected chef lands at Aary’s dance performance in Kochi and life changes with the help of former wife Radha’s generous friend Biju (Milind Soman).

When the remake of 'Chef' was announced, people asked why? Raja has justified it – a familiar plot has been naturalised in an urban Indian setting, bringing to fore several avant garde subjects. Men love to cook, and are good at it too! Former ex-es can be great friends and can even do business together.

Raja’s characters are relatable, unencumbered, breezy. Though we felt the father-son bond, which is the backbone of the plot, could have been fleshed out better.

Extensively shot down South, from the back waters to sprawling bungalows of Kochi, the scenery looks as good as what is on the plate – like a demo reel from a food channel. Could leave you starving in the middle of a dark theatre.

Saif Ali Khan is convincing as a caring father and a friendly ex-husband. His much-visible paunch does wonders to his middle-aged role. Padmapriya is natural and the dusky beauty shares great on-screen chemistry with Saif. Svar Kamble brings to the table a beguiling innocence that holds everything together. Chandan Roy Sanyal is funny, and as the salt-and-peppered dapper rich guy, nobody could be better than Milind Soman.

Chef has multiple flavours and serves a sumptuous fare. Definitely a one-time watch.