Natpe Thunai is a sports film that begins with Prabhakaran (Aadhi) - a carefree jobless youth from Puducherry. 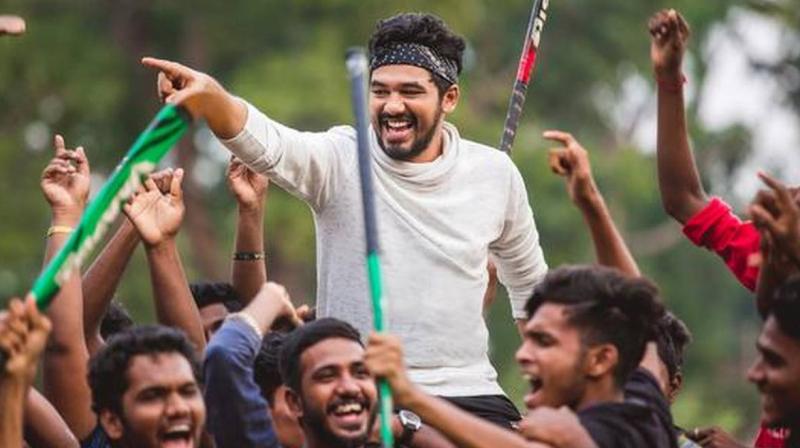 A still from Natpe Thunai.
Rating:

Natpe Thunai is a sports film that begins with Prabhakaran (Aadhi) - a carefree jobless youth from Puducherry. His aim is to move to France, but the tropes of Tamil cinema keeps him from moving anywhere: sees a girl Deepa (Anagha)who plays hockey, falls in love immediately, and through her, he meets Shanmugam (Harish Uttaman), a retired military personnel who has now become a hockey coach.

Natpe Thunai has various themes and sub-plots going for it. Like Chak De India, the sport here is hockey, and it has a headstrong coach in the mix. Although not possessing the same star power as Chak De, the actors here do have a good chemistry going for them on screen. However, the above-mentioned themes and sub-plots meander along for a while and just die out without much impact. The banality of the ‘evil corporate company’ just doesn’t make for interesting viewing.

Aadhi’s performance is a bit raw but yet comes across as genuine and fluid. He has plenty of quixotic lines that would encourage a moment's worth of cheer. Karu Palaniappan does a good job of adding colour to the proceedings through his witticisms.

Overall, Natpe Thunai suffers from the constant shifts from one scene to another. The climax sport scenes do save it to some extent, but the problem of not caring for the characters still remain. Probably worth a watch once.