The film will make you sit back, relax and take notice of the newer stars on the block. 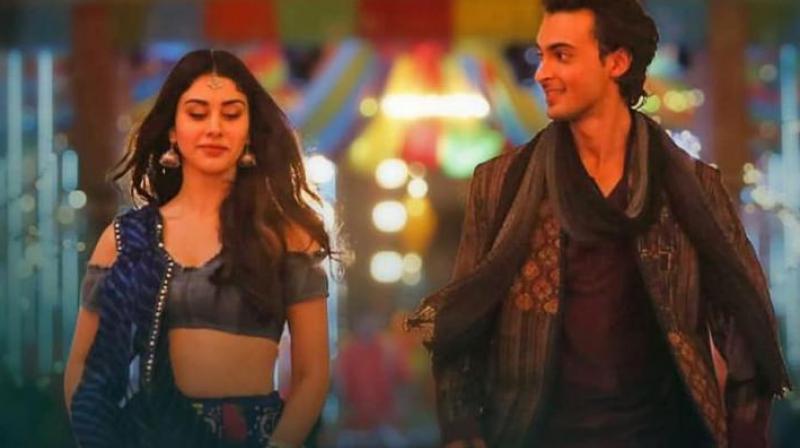 Just like that dialogue, Loveyatri is a movie that will take you on a vacation. It will make you sit back, relax and take notice of the newer stars on the block.

Aayush, as expected, has a grand entry in this Salman Khan production film. He has worked on his body and abs for the film, and thus, flaunts the hot bod at every instance possible!

Warina, on the other hand, is all bits glamourous in this film which shows her as a beautiful scholar who has dreams which her father, played by Ronit Roy, does not wish to understand.

Aayush's character Sushrut, mostly called Susu, has great support in his friends Negative, Rocket and his mama played by Ram Kapoor, who also happens to be a garba singer.

The mama Ram Kapoor goes to lengths to save Susu from giving up on his love, so much so he is once even called Kans Mama.

On the other hand, Ronit Roy is all set to ensure Susu stays away from his daughter Manisha aka Michelle, played by Warina.

In this battle of families and situations, what awaits to be seen is who will win the game?

The dialogues of this film are meant to be entertaining and so is the dance. This colourful film is in all a good attempt to move the story from a Gujarati setup to life in London, and how the two can or cannot blend perfectly is something worth seeing.

Aayush and Warina fans are in for a surprise, and Salman fans too will get what they expect from the film - entertainment in terms of dialogues, dance and screen presence.