It talks about feminism, women empowerment, and how ladies should liberate themselves from suppressive views on love, marriage and sex. 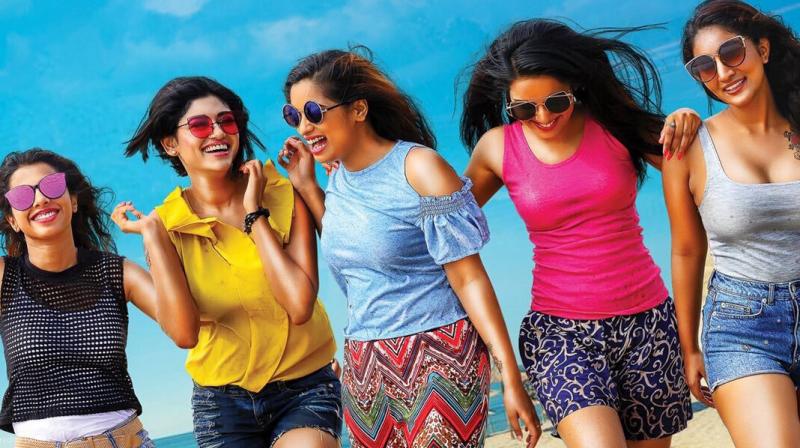 When the trailer of 90 ML, which has Oviya in the lead, had many intimate and adult scenes with women stripping and mixing drinks, and which included provocative language, a controversy was sparked on social media where folks started trolling her as well its director Alagiya Azhura aka Anita Udeep. However, there’s much more to it and the film does have a plotline, which is very thin. It talks about feminism, women empowerment (!), and how ladies should liberate themselves from suppressive views on love, marriage and sex.

The movie begins with Rita (Oviya) who lives life on her own terms before moving into an apartment along with her live-in partner. She befriends Kajal (Masoom Shankar), Paaru (Shree Gopika), Sukanya (Monisha Ram) and Thamarai (Bommu Lakshmi) who share the apartment. The girls warm up to Rita quickly and on a drinking session they open up on their relationship problems. Rita even changes the name of their WhatsApp group from Brindhavan beauties to ‘Hot Chicks’ and calls it ‘empowerment’. How she helps to resolve the various issues of these four girls forms the crux.

Oviya has been aptly cast as she fits in seamlessly as the daring and independent girl who wants to live life to the fullest without any fixations. Perhaps her real self, which she established during her stint in Bigg Boss show has helped her to perform naturally. All the other girls Shree Gopika, Bommu Lakshmi, Masoom, and Monisha shine in their respective screen space.

The director takes the first half just to establish the various characters without much by way of story. It is filled with crass conversations, smoking, drinking and smooching sequences. There’s a twist at the interval block. And Alagiya Azhura should be lauded for handling the lesbian relationship with dignity. All right, the film has a relevant theme, but her slapdash mannerisms has given us little to connect and empathize with their plights.

Simbu’s music goes well with the proceedings and Marana Matta is already a hit. He also does a special appearance towards the climax. Had the director concentrated more on a coherent story it would have made all the difference.