The Great Wall movie review: What was Matt Damon thinking?

The Great Wall is unable to offer a coherent system within which the monsters should exist. Imagine the Mughals trying to slay dragons. 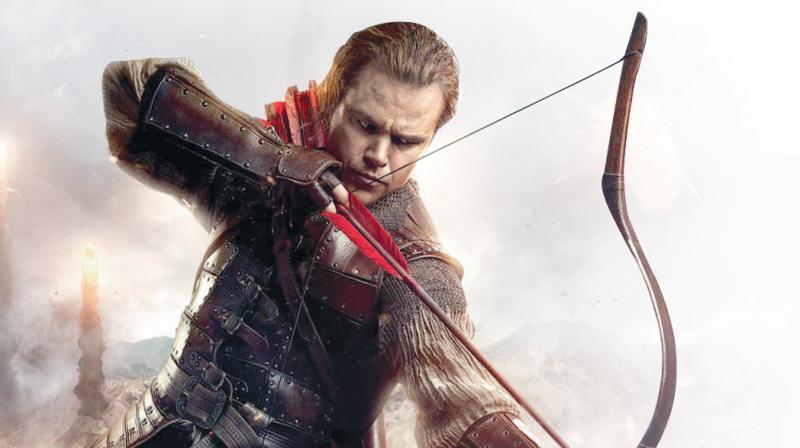 A still from the movie The Great Wall
Rating:

Matt Damon is one of the most bankable actors in the world; director Zhang Yimou is a name to be reckoned with in world cinema; and any fan of Game of Thrones would be excited to see Pedro Pascal — the guy who played Oberyn Martell. With such hefty names collaborating on an epic historical fantasy, the expectation for a phenomenal outcome is hardly excessive. But as Shakespeare wrote, “Oft expectation fails, and most oft where most it promises.”

Two European mercenaries — William (Damon) and Tavor (Pascal) — are travelling along the Silk Road in search for gunpowder. An attack from the Mongols isolates the two from their pack, and in the ensuing melee, they find themselves confronting a monster, whose hand William chops off. The two are captured and brought to a military division, called the Nameless Order, at the Great Wall, which is now under siege by a horde of these green monsters — the Taotei — who resurface every 60 years to purge the empire of human greed. Commander Lin (Jing Tian) must enlist the help of her prisoners to kill the Taotei Queen, and at the same time, school our protagonist in the virtues of Chinese culture and philosophy, thereby humbling him and setting him on a righteous path.

The film does slightly well in the technical department: the visuals and special effects are engaging (though not extraordinarily spectacular). The music by Ramin Djawadi blends well with the narrative, but lacks the memorable quality that his work has achieved with Game of Thrones, speaking of which, the central idea is uncannily similar to the TV series’ section on the wall in the north. A long, ancient wall has to be defended — come hell or high water — against creatures that can perpetuate unfathomable horrors.

The casting of Matt Damon has been a hotly contested issue, given how Hollywood continually throws up instances of insensitivity to diversity and whitewashing. First, the story takes place in the 11th century, a time in history when the Americas were blissfully inhabited by their native populace, with only a few Nordic incursions into the Canadian Arctic. Whatever two men with an American accent — the other one being Willem Dafoe — are doing in China, confounds me. Second, the film reiterates the white saviour narrative wherein, in spite of dwelling a good deal on the technological advancements and the militaristic strength of the Chinese, the rescue mission ultimately falls on the white shoulders of our hero. The Westerner’s skill and finesse in archery cannot be dispensed with. This role could very well have been written for a Chinese actor. However, the scene that stood out for me was one where the commander of the Nameless Order looks at the scars on William’s naked back. Her gaze at once undercuts both racial and sexual power dynamics. A reversal of this gaze would have rendered the Chinese woman exotic.

To my mind, the genre of epic historical fantasy seems to work best when set in a parallel universe. Middle Earth, Narnia, Westeros — all are brilliant stages for fantasy to take flight. The Great Wall is unable to offer a coherent system within which the monsters should exist. Imagine the Mughals trying to slay dragons.